www.moms.com Fitbit For Kids & Other Activity Trackers: More Useful Or Dangerous For Children?

Here are the pros and cons of allowing your child to wear a Fitbit or another activity tracker.

Adults around the world use Fitbit and other activity trackers to keep track of their body fitness and health. The fitness devices are for monitoring the number of calories burned either during a vigorous exercise or even when completing a simple physical task. The significance of this is that adults can keep fit and avoid obesity and other diseases brought about by unhealthy living.

Fitness is a matter of great concern not only for adults but for children as well. According to the CDC, over 13 million children and teenagers between 2-19 years of age are affected by obesity. In 2016, Garmin Limited, an American technology company, came up with the first fitness device for kids called Vivofit Jr. Two years later, Fitbit came up with the Fitbit Ace for children older than age eight. Over the years, more technology companies have come up with devices that aid in child fitness and health, therefore, helping overcome lifestyle diseases.

RELATED: Woman Caught Her Husband Cheating Thanks To His Fitbit Data

What Are The Benefits of Fitness Devices For Kids?

Fitness devices help children to monitor their behavior and eventually improve their health. The Fitbit Ace can record the number of steps a child takes and the amount of time used in the activity. Furthermore, it can establish a sleep schedule and take note of the duration in which a child sleeps. The recorded data can be seen either by the child through the secure 'Kid View' or by the parent through the family account to assess the child's levels of activity. 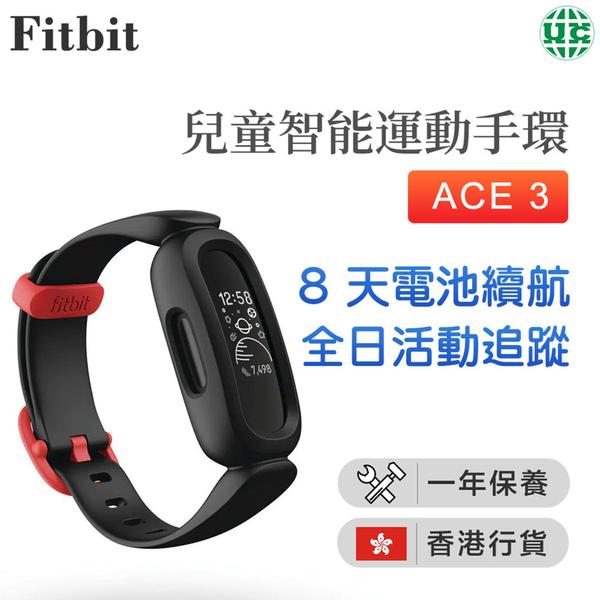 In an email to CTV News, a spokesman for Fitbit stated that children could only view limited data that was appropriate to their age. He emphasized that features such as the amount of calorie intake, body weight, and BMI were not included for the kids. He also advised parents to choose appropriate tiles that would appear in the 'Kid View' settings of the application for the children to get statistics that would motivate them. Nevertheless, the application changes as a child grows older, and it becomes fully functional once the child is 13 years of age.

Sarah Hornarck, a pediatric psychologist, stated that some children would benefit from the use of fitness devices as they engage in self-monitoring and move towards developing a healthy lifestyle. Fitness devices can also be good for families to use to create happy moments together.

Can Fitness Devices Cause Any Harm?

The Kid’s Coach Co-founder Jamie Jones doesn’t recommend the devices for children under the age of 11. In a statement to the Daily Telegraph, Jones suggested that setting such goals was too strict for children and was not a good thing in terms of their activity. He said that child activity should not be limited to walking and running. It should include other activities such as spinning, rolling, and throwing which are not picked up by the devices but are ideal for brain development.

According to Sarah Hornarck, emphasis should be laid on building a healthy behavior and lifestyle rather than on body shape and weight. The rate of mortality associated with eating disorders is much greater than that associated with any other mental illness, according to The National Association of Anorexia Nervosa and Associated Disorders. This is a result of children and even adults putting their focus on body shape and weight instead of focusing on healthy living. Children might even end up engaging in vigorous exercise to change their appearance, and this would result in more harm than good.

Another danger associated with fitness devices is that they constantly emit radiation. A Fitbit Ace 2 device, for example, uses Bluetooth Low Energy which emits low amounts of power. Radiation from radiofrequency is known to cause adverse health effects even at low levels. The devices therefore can lead to the development of cancerous tumors, as reported by the US National Toxicology Program.

Since children might go to bed with the devices still on their arms to monitor their sleep duration. It is important for the devices to be put on airplane mode to switch off the wireless transmission. However, some devices such as the Fitbit Ace 2 do not have the airplane mode feature, hence putting a child at risk.

NEXT: 10 Reasons Why A Fitness Tracker Is Good For Kids

I have been a writer since 2012, and have enjoyed the journey thus far. When I am not busy writing like there's no tomorrow, I enjoy spending time with my three daughters and watching Netflix.