How to track radiation pollution

Rajinikanth’s 2.0 may have disappointed many, but a few dialogues still made an impact. Like when Akshay Kumar’s character vents, “Every person who has a cell phone is a murderer.” It’s high time such ideas seep into public consciousness. While the most prominent forms of pollution get their deserved spot in discussions, the silent one is the exposure to radiation from devices we use every day.

With the advent of 5G and the rise of ‘smart home’ technology, radiation pollution has found mention across the spectrum — from the Japanese-bred matcha in our tea to speculation that the Ganga may be victim to atomic radiation from a 50-year-old missing atomic device resting on its bed. Against such a gloomy background are efforts from common folk to help others detect, measure and mitigate its impact.

With Siri and Alexa being virtually part of everyday conversation, how smart are we getting with ‘smart’ home appliances? Research by the department of neurosciences at Karolinska Institute, Sweden, shows that the level of radiation this generation is exposed to exceeds those from a 100 years ago by a quintillion times. According to Manas Ganguly, founder of Brightsandz, a Gurugram-based company that offers tech solutions to tackle radiation pollution, any device that connects to a wireless network (cellular, WiFi, Bluetooth) or creates a hotspot is associated with wireless radiation. In most cases, the intensity of exposure may not be alarming, but the proximity and the length of exposure have an impact. “I have known people who have sleepless nights because they sleep with a smart watch on their hand,” says Ganguly, adding, “A cell phone may emit radiation that’s 1000th of that from a cell tower, but holding it next to your ear may cause all the harm.”

Radiation used in the food industry ensures packaged food stays longer on our shelves, without the accompanying micro-organisms. The ionised radiation used in the process — called food irradiation — is not strong enough to render the food radioactive, but is just about enough to kill the bacteria in it. Though irradiation hardly tampers with the nutrient value, there may be other reasons that cause chemical changes in the food. Chef Sushil Dwarkanath, assistant professor, Christ University, Bengaluru, highlights how restaurants continue to use cheap plastic bags (with a metallic finish) to pack food. “The curry that goes into that bag is anywhere between 75 and 80 degrees C, maybe more. At that temperature, the food is bound to react to the plastic,” he explains. The food may also end up absorbing the chemicals from the plastic. 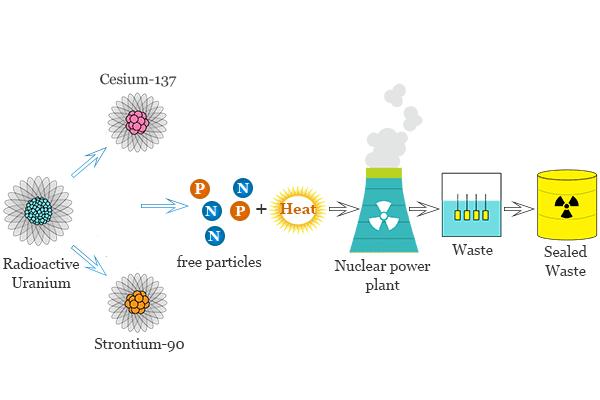 The threat of pollutants finding their way to the food we consume also lies in the questionable environments vegetables are sometimes grown in. The chef suggests a decisive lifestyle change to tackle this threat. “One could adopt the movement, or rather the lifestyle, of ‘slow food’ — the principles of which are followed in India since ages,” he adds.

On your radar Ganguly says, “Buy these devices if you must, but do your research and decide wisely.”

With the 5G revolution at our doorstep, conflicting voices clash on its impact. While some talk about its harmful impact vis a vis the increase in the number of antennas, others are calling out critics for demonising it. Late last year, the Karnataka state government announced plans to revise its policy governing cell phone towers in residential areas. The first step was making it mandatory for telecom companies to secure licenses for their towers. Civic participation in such scenarios can play a big role.

For Ganguly though, the technology is being unnecessarily targeted. “The 5G network works on a higher frequency. The network may at the most cause rashes, but not cancer, as opposed to the current 800 MHz frequency network in use in India — this can possibly pass through your body, disrupting various internal processes and organs,” he explains.

“Compared to the 4G network, the expected increase in the number of antennas for 5G is almost 200 times the former,” adds Dr Sandeep Jaipurkar, a Chennai-based radiologist. He explains that it does have an impact on superficial organs, saying, “Exposure and penetration into two or three inches of the human skin may result in increase in blindness, hearing loss, male infertility, thyroid diseases and skin cancer, among others.”

Medical practitioners and technicians are probably the most vulnerable to this form of pollution — so much so that they are sent on a stipulated ‘radiation leave’ to help their bodies recover from dealing with radiation-emitting devices on a daily basis. “All of us wear dosimeters (a device used to measure an absorbed dose of ionising radiation), which are periodically sent to monitoring agencies,” explains Dr Jaipurkar. In the event that a person is found to be exposed to alarming levels, they are sent on compulsory rest. However, there is no commonly decided limit on radiation exposure, or minimal lethal dose. Though exposure to CT scans or X-rays are not harmful to the extent of being fatal, it is important that such radiation is administered only when necessary and monitored. “Future effects of this exposure cannot really be predicted; the damage is visible only when manifested,” points out Jaipurkar.

App to the rescue

Stepping in as samaritans are mobile applications such as Electrosmart. They help detect and measure radiation around the user, and also suggest solutions. “The purpose was to make an app that brings transparency, detects invisible pollution and adapts your behaviour,” says David Migliacci, co-founder and CMO. The app is programmed to understand varied concerns — while some may want to take precautions, the others may just get anxious at the thought. “Knowing if the baby’s room is free from radiation is assuring, and knowing that you will have a headache if you stay in a room with radioactive devices helps in awareness. We are developing algorithms to adapt our recommendation to individual requirements,” he explains. With close to one lakh downloads in nearly 150 countries, they have plans to collaborate with other entities such as medical research centres to battle radiation pollution through education, innovation and technology.