Google has been working on its own smartwatch for years. When the tech giant bought Fitbit, we expected an imminent release, but all we got was yet another Fitbit. So, what’s happened to the fabled Pixel Watch?

Google makes the software that runs on every Android smartwatch. That said, it still hasn’t made its own hardware for one, preferring to have partnerships with other companies. Is this year the year that changes?

Below is a rundown of all the rumors about the Pixel Watch that we could find.

On May 10, 2018, Evan Blass, a well-known American tech journalist, shared information from his trusted source on Twitter regarding Google releasing a Pixel Watch alongside the Pixel 3 and 3 XL. That didn’t materialize, with Google confirming there won’t be a Pixel Watch for 2018.

Around that time, WinFuture mentioned that the Pixel Watch could come in three variations. Whether that still holds true four years later is anyone’s guess at this point.

Later in 2019, Business Insider broke a story that took the internet by storm. Google was ready to release a smartwatch alongside the first Pixel phones, way back in 2016. Instead of releasing it, Google’s hardware chief Rick Osterloh killed it. There was talk that it didn’t feel premium enough to release with the Pixel.

Things were quiet until August of 2020 when ETNews breathed a new life into fans’ dying hope. The Korean news website alleged that Samsung obtained an order from Google to manufacture a sensor capable of detecting body movements. 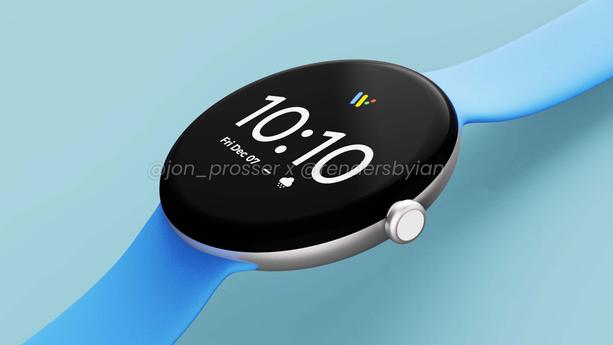 Fast-forward to 2022 and we might see the Pixel Watch for real. Leaks of the packaging happened at the end of last year. The latest word on a release date is May, possibly, or not long after that. That’s pretty soon, for a device that we weren’t sure would ever release.

That device will be slim and rounded; a marked contrast to the squared-off Apple Watch that dominates the wearables category. Can Google fit enough battery into such a small package? Early reports say it might need charging daily, so maybe not.

The software might not suck, either. Google teamed up with Samsung, integrating its Tizen software into Wear OS. Expect battery optimizations, better apps, and a wider range of apps. Oh, and “the best of Fitbit” will be coming to Wear OS, after Google’s acquisition of the fitness company.

The Pixel Watch might also feature a Samsung-created processor. No more underpowered Snapdragon chips, which should make Wear OS snappier. It will need to be powerful, as the next-gen Google Assistant that handles all voice processing on-device is also rumored to come to the Pixel Watch.

An inventory leak from early March says that we should expect three colors for the Pixel Watch, gray, black, and gold. That leak also says it will come with 32GB of storage. Will it come with a cellular-enabled version? We’ll have to wait on that for confirmation.

We don’t know everything about the Pixel Watch yet

While we’re fairly sure it’s going to release, we haven’t seen some important details yet. We have no idea on pricing, and if Google plans to go head-to-head with the Apple Watch, or aim for the existing Android smartwatch market.

We also don’t know for sure what chip is going to power it. Both Samsung and Qualcomm have been linked with the project before. That was before Google got into its own custom chips, with the Tensor chip powering the Pixel 6. Maybe a modified Tensor chip will power the Pixel Watch.

Will the wearable even be called the Pixel Watch? Will it work with iOS and Android, as on early Wear OS watches, or only Android like the Samsung Galaxy Watch 4 does.

For our part, we’ll be happy if Google can manage a mid-range smartwatch for its first attempt. It needs to have advanced health and fitness tracking, NFC for Google Pay, accurate GPS, and a design that’ll survive the pool.

Have any thoughts on this? Let us know down below in the comments or carry the discussion over to our Twitter or Facebook.

Just a heads up, if you buy something through our links, we may get a small share of the sale. It’s one of the ways we keep the lights on here. Click here for more.