Fitness trackers fail to give accurate readings of calories burned when walking or running - and can be fooling people into believing they are doing better, experts have found.

Tests carried out at Aberystwyth University found that the devices can overestimate the number of calories burned when walking by more than 50%.

Dr Thatcher's team tested the £80 Fitbit Charge 2, as well as the Letscom HR and the Letsfit. 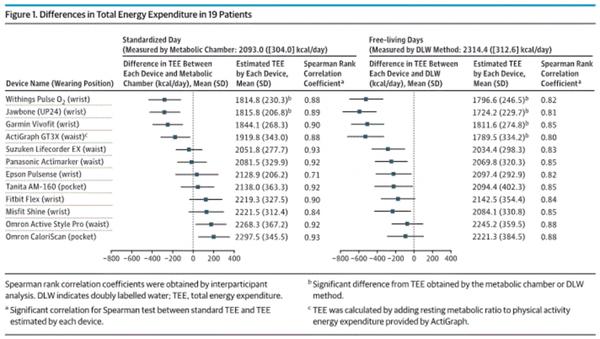 Dr Thatcher said: " he devices typically don't claim they are scientifically accurate so it comes down to what you are actually using the device for.

They can be very good in setting personal goals and motivation, you can track your progress from day to day, week to week, month to month. But if you're interested in the exact number of calories you are burning during a workout then you need to interpret that data with some care."

A spokesman for Fitbit said: "We do not claim to be scientifically accurate at the number of calories being burned."

Letscom and Letsfit said they could only give estimations based on data inputted by users.