Like most people with an Apple Watch, I rarely let it leave my wrist. I wear my Apple Watch Series 6 to work, dance class, the gym, and to bed. But, when I work out, I do feel my wrist get steamy at times wearing my tried-and-true Nike Sport Band. The Sport Band has holes to let some of my sweat evaporate but, at times, I need to take the band off and give it a wipe down on a towel after a workout.

Related: 43 Products Our Editors Are Using to Crush Their Fitness Goals

Recently, tech-accessory makers Twelve South offered me the opportunity to test out its pair of machine-washable french-terry sweatbands called Actionband ($30). One sweatband has the brand's logo while the other has a custom holder for an Apple Watch. The holder has cutouts for the Apple Watch's digital crown and side button while covering the circumference of the watch. There's no display cover. 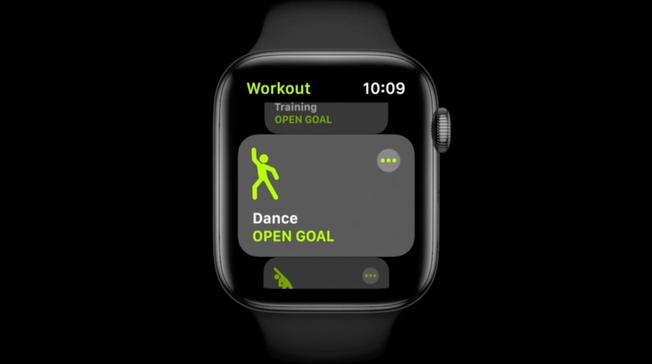 The gray-colored bands come in sizes 40mm, 41mm, 44mm, and 45mm, so it's able to fit an Apple Watch Series 4, 5, 6, SE, and 7. Seeing that my Apple Watch was compatible with Actionband, I decided to give it a try during my weekly hour-long dance cardio workout.

To put my Apple Watch into the band's holder, I removed the Nike Sport Band from my watch, turned it inside out, slid my watch into the band, then flipped the sweatband again, so that the face of my watch was facing me. Once my watch was securely inside, I put the sweatband on my 8-inch wrist and flailed my arms to make sure the band wouldn't immediately slip off. Actionband passed the flail test, so it was time to bring it to the dance floor.

Related:Prepare to Smile As You Sweat With This Dance Cardio Workout From Amanda Kloots

At the top of the hour, I was able to set up my workout on my Apple Watch without any trouble accessing the digital crown. Several times during the hour, I found myself peeking at the watch to make sure it wasn't moving around. My Apple Watch never budged, and my wrist wasn't sweaty after class. Normally, I put my Nike Sport Band on the fourth hole for a snug fit, but Actionband kept the watch in place on my wrist, the entire time, with a light hold.

Post-workout, I put the sweatbands in a delicates laundry bag and tossed it into the wash. After letting Actionband dry overnight, the bands weren't stretched out and were ready for another workout.