If you’ve wanted to grab an Apple Watch 7 but felt that it was a bit too expensive, you’re in luck! Amazon has an excellent sale right now that has brought it down to a nice $339 from $399, making this an excellent time to grab yourself what we consider one of the best smartwatches on the market, especially for Apple users. 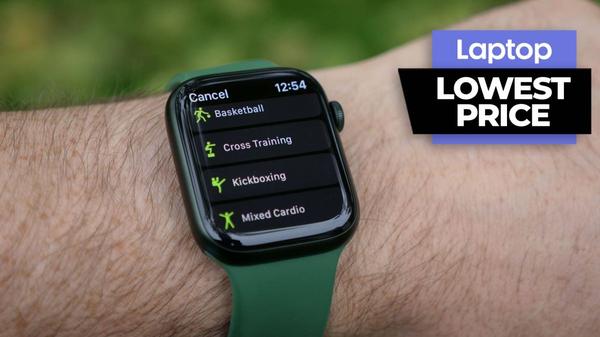 The new Apple Watch Series 7 takes the previous model does some nice little changes here and there, which provide overall quality of life upgrades, but maybe not so much under the hood in terms of specs. For example, the Series 7 has the new WatchOS 8 which brings with it a host of different changes, with a big chunk of them being the UI and how it operates, such as having overall bigger buttons, and the ability to use a QWERTY keyboard. On the other hand, battery life hasn’t been improved, which is a shame, especially since competitors have done a much better overall job of keeping their smartwatches powered for longer periods of time.

That being said, there have been some nice upgrades to the fitness aspects of the watch, making it on par with other general smartwatches, and it even comes with three months of Fitness+ for free. Cycling tracking has been updated, and you’ll find the usual running, swimming, and other activity tracking, and there’s also the pretty good meditation app that’s still going. Of course, you also have the blood oxygen monitor and ECG aspects of the watch which can help catch irregular heart rhythms, although the bigger downside is that there aren’t more custom alerts that you can set, which lower the utility of these features.

When are the best Apple Watch Series 7 Deals?

When it comes to electronics like the Apple Watch, there are generally three different days that tend to have the best deals: Prime Day, Black Friday, and Cyber Monday. Of those three, we have a good idea of when two of them are, with Cyber Monday falling on November 28th and Black Friday on November 25th. Of course, deals tend to start in the days leading up to the sales and a little bit afterward, but usually, you tend to find the best deals closer to the actual day itself. As for Prime Day, that one is a bit harder to know since Amazon tends to keep that information to themselves until very near the day itself, although last year it occurred on June 21st, so we’re likely to see it happening around that time this year as well.

That being said, if you can’t wait for that long, then we have some deals; we have a listing of some of the best Apple Watch deals you’ll find up until then. The list includes both the Apple Watch 7 and the Apple Watch SE, the latter being the budget option if you aren’t ready to spend the $350-$400 or so for the Series 7. Alternatively, we have some other smartwatch deals that you can check out if you’re not necessarily aiming for an Apple Watch, and this constitutes a much more significant list. We’ve managed to find sales on everything, including the Fitbit Versa 2,the Garmin Venu, which is an excellent day-to-day fitness watch, and the Samsung Galaxy Watch 3, a great alternative to the Apple Watch Series if you want something a bit more high-end (and with a slightly lower price for the premium models).

Ultimately, if you’re looking for an Apple Watch Series 7, you should buy now because you aren’t likely to find a better deal until the three events mentioned above. Even then, the difference might still not be very significant.

We strive to help our readers find the best deals on quality products and services, and we choose what we cover carefully and independently. The prices, details, and availability of the products and deals in this post may be subject to change at anytime. Be sure to check that they are still in effect before making a purchase.Digital Trends may earn commission on products purchased through our links, which supports the work we do for our readers.
Tags:  will apple watch screen protector fit fitbit versa