5 Things Nobody Told You About Apple Watch Series 7

October 15 update below. This post was first published on Wednesday, October 13.

The newly re-styled Apple Watch Series 7 looks great (and much better than the flat-edge design that was rumored). You can read my review here on Forbes, but here are five items that may have gone under the radar.

October 15 update: You’ll see below that my fifth under-reported gem is that the diagnostic port has vanished. Now, if you’re like most people, you’ll never have noticed this little item in the Watch’s build but it’s important.

It now seems that Apple has built a special device which will achieve the same end as the diagnostic port. That was used by Apple staff, either for developing the Watch itself or for servicing the Watch in Apple Stores.

The new Series 7 has a dust-resistance rating for the first time, IP6X, so it may be that the port was getting in the way of the level of dust resistance Apple was after. It could be coincidence, but that seems unlikely.

Now, Brazilian publication MacMagazine, spotted by 9to5Mac, has seen images of a device which surely indicates the way that Apple will do the work it needs to do on the Watch now.

The base includes the magnetic charging puck we know so well and a separate half holds the Watch case, with the Watch presumably connecting wirelessly to the puck.

I mean, there are some assumptions being made here, that the kind of data transfer the diagnostic port was so good at can be made wirelessly. Or is the whole contraption just a way of holding the Watch really still while the data is broadcast wirelessly?

What’s for sure is that Apple needs a diagnostic level of control and the old port is no longer there to support that. In which case, this seems a clever and imaginative way of doing it.

More details of how the Apple Watch has been updated continue to appear. For instance, Apple has now confirmed that as well as the faster recharge on Apple Watch Series 7 being possible with any of its own USB-C charging plugs, it will also deliver the faster charge with any USB-C plug with 5W or more. Since even the basic plug with the iPhone going back years was capable of enough charge for this, that’s a pretty big pool of chargers from which to choose. In other words, it’s pretty much any USB-C charging plug. Which chimes with what I’d been told, and is pretty cool.

1. Set-up is better than ever

Recent iOS updates have meant that you can now choose to set up an existing Watch as well as a new one. This is a much faster set-up than previously and works very well.

Setting up a new Watch Series 7 is also much faster than it used to be, which is also a noticeable and welcome benefit. 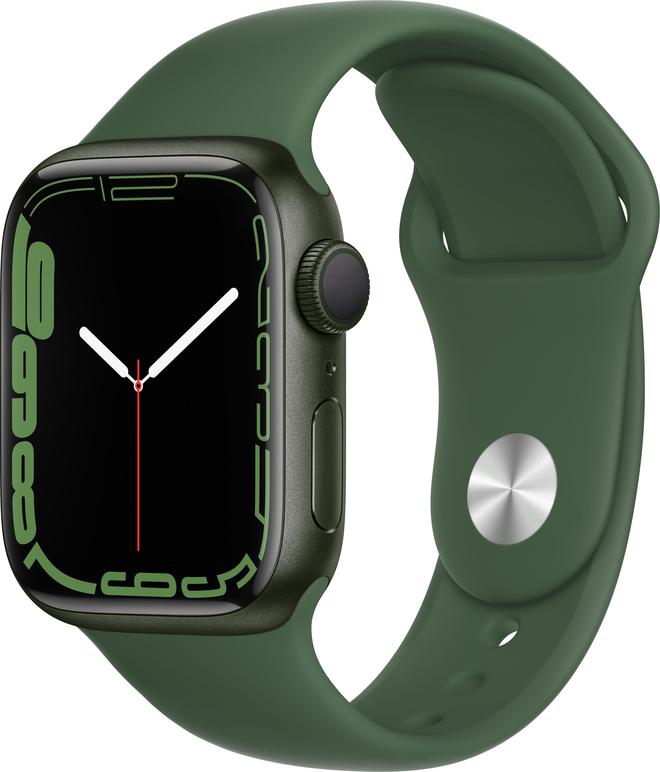 Additionally, Apple has fixed one of the least enjoyable details about setting up the Watch…

Until now, the Apple Watch always defaulted to the grid view of apps. If, like me, you’d rather have the much more appealing list view, you had to open up the grid view (oh, the irony), tap Settings, and choose App View.

Now, during set-up of a new Watch, Apple presents you with a screen with both view options on it so you can pick which you prefer. This is a neat upgrade.

Faster recharge is very useful, especially if you use Sleep Tracking. If you recharge your Watch overnight, then there’s no benefit at all, but if you track your sleep, then finding the time to recharge it is a little less easy.

With the new charging cable and puck, this recharge is much faster. And eight minutes of charge on the puck is enough for a decent night’s sleep tracking (eight hours, Apple says).

And the good news is, you don’t need a special plug for the upgraded recharge speed, despite what you may have read elsewhere. Specifically, you can use any Apple USB-C power adaptor, or any power adptor that’s USB-C compliant. It doesn’t have to be a 20W charger.

4. How do they make those bands fit?

The thing about the Apple Watch is it’s a small enough device to fit your wrist, obviously. But although the first Apple Watch came in 38mm and 42mm sizes, and it’s now available in 41mm and 45mm sizes, the original straps still fit and still look perfect.

This is a very clever trick because, although the sizes refer to the case height, not screen size, there are width differences to take on board, too. So it’s pretty clever that they still work so beautifully.

5. The diagnostic port has gone

On earlier Apple Watch models, if you look inside the slot where the bottom band connects, there is a special port. It’s not for consumer use but for diagnostic functions when the Watch is being serviced by Apple.

So, what happens now that port has gone? It seems that if you put the Watch on a special dock, data can be transferred wirelessly.

Details aren’t known but it’s possible that Apple could use the puck to restore an Apple Watch wirelessly.