What to watch over the 2021 holidays | Engadget

It's been a surprisingly solid year for television. Partially because many major film releases ended up hitting streaming services early. (Don't forget about Warner Bros. unprecedented decision to stream their releases on HBO Max when they hit theaters.) Film and TV productions that were delayed due to the pandemic in 2020 also managed to cross the finish line thanks to safer shooting schedules and vaccines. The result was a wealth of content for couch potatoes.

As you settle in for holiday celebrations, here are a few selections that you may have missed during the year. (And be sure to check out our recommendations from last year!)

I'll be honest: I didn't expect much from a League of Legends TV show. But Arcane surprised me with its well-written characters, wonderfully realized fantasy world and luscious animation. While there are some killer action sequences, what really makes Arcane work is its commitment to mature storytelling. Characters you love will die. Villains are never one-note and heroes are never perfect. It's not only a solid video game adaptation, it's one of the best TV shows to debut this year.

Religious-focused horror may seem more like anti-holiday programming, but that's not going to stop us from recommending Midnight Mass. The show is an exploration of dogma, fanaticism, our connection to the cosmos and another compelling series from the rising horror master Mike Flanagan. Unlike his previous haunted house entries (The Haunting of Hill House and Bly Manor), Midnight Mass focuses on a small island community off the coast of Massachusetts, the sort of place that has its own demons festering under the surface. I won't spoil what happens, but it's the sort of thing that fans of Stephen King will eat up.

The Power of the Dog: Jane Campion returns to feature films with a hauntingly beautiful Western. Benedict Cumberbatch steals the show as a monstrous cowboy poisoned by the spell of toxic masculinity. 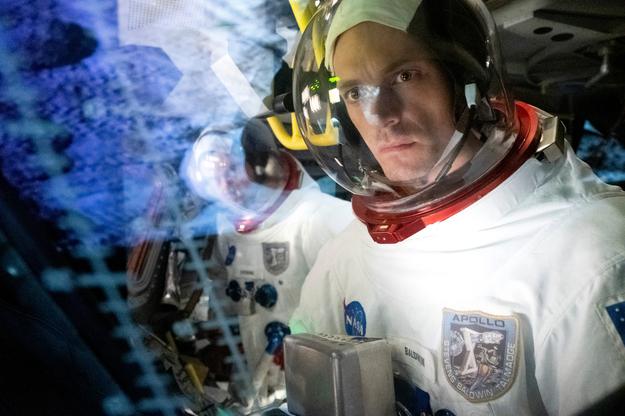 Voir: The latest Netflix project from director David Fincher is a series of visual essays about the power of cinema from some of the best critics and thinkers today.

Gabby's Dollhouse: An adorable cat-themed show about a young girl who goes on the occasional dollhouse adventure.

A once-legendary comedian (Jean Smart) is forced to team up with a young, semi-cancelled writer (Hannah Einbinder) to whip her act into shape. Hilarity ensues. Hacks takes this simple sitcom premise and elevates it with Smart's ferocious performance. On the face of it, it's a story about two creative generations learning to coexist. But really, it's the story of lost people finding direction in each other. It's the sort of genius comedy and drama we'd expect from the folks behind Broad City.

A lost twenty-something (Rose Matafeo) accidentally has a one-night stand with a movie star (Nikesh Patel). Again, hilarity ensues. (HBO Max really has a knack for collecting great show premises!) Starstruck is the rare season of TV that you can easily binge all at once—it's just six twenty-two minute episodes. But I'd recommend taking your time. Matafeo is uproariously funny, but there's also a romantic undercurrent that makes you root for these crazy kids.

The White Lotus: Rich resort-goers vs. the people who are forced to cater to them. It's great to see another funny, yet deeply human, show from Mike White.

Succession: There are plenty of shows about rich blowhards these days, but Succession stands out as a sharply written dark comedy filled with characters you love to hate.

Stories about the everyday lives of Native Americans are far too rare, so it's refreshing to see a dramedy like Reservation Dogs. Set in a rural Oklahoma reservation, it follows a group of teenagers as they get into trouble, help their community, and pursue their dream of moving to the promised land of California. It's the first TV series to feature an entirely Indigenous crew of writers and directors (it was co-created by the ever-delightful Taiki Waititi), and it's a reminder of how the push for better on-screen representation can lead to fresh storytelling.

Top of the Lake: If you're looking for a smart crime thriller, don't sleep on this Jane Campion series. It stars Elisabeth Moss as an Australian detective who, across two seasons, investigates cases focusing on missing and murdered women.

Y: The Last Man: The rare adaptation that manages to improve on its source material, Y is a compelling portrait of a world where almost every person with a Y chromosome dies, leaving women in charge.

One of the first Apple TV+ series has evolved from being a mildly intriguing alternative history tale — what if the Soviet Union landed on the Moon first? — to one of the best dramas ever made about space travel. My advice? Get past the rocky first two episodes to find the show's true genius: NASA's push to get more women, and eventually people of color, into space. If it miraculously lasts several seasons, I wouldn't be surprised if For All Mankind shows us how something like Star Trek's space-faring society could be formed.

Even if you're tired of the Marvel Cinematic Universe, Hawkeye is worth a watch simply because it's fun. Clint Barton has never been the most interesting Avenger, but he's fantastic as the foil to Kate Bishop, a plucky arrow-slinging protege. It may not reach the heights of Loki or Wandavision, but it's miles ahead of the supremely disappointing Falcon v. Winter Soldier.

The Beatles: Get Back: An astounding fly-on-the-wall documentary featuring some previously unseen Beatles footage.

Bluey: Hands down the best kids show on TV.

Other things to watch

Yellowjackets (Showtime): An elite girls' soccer team gets stranded in the woods after a plane crash. How did they manage to stay alive for over a year? Yellowjackets follows the surviving adults as they try to figure out who's digging into their traumatic past.

Star Trek Prodigy (Paramount+): What happens when a group of alien kids get their hands on an Enterprise starship? Something we’ve never seen in the Star Trek universe before: how people outside of the affluent Federation live. Prodigy features some genuinely fun characters and gorgeous animation in a kid-friendly package.