We tried the Oura Ring—how does it measure up against Fitbit?

Oura released its Oura Ring Generation 3 on November 15, for $299 ($399 for the Stealth color), with three key measurements: Activity, Readiness, and Sleep.

The device offers many similar features (and a similar price point) to the Fitbit Versa 3 smartwatch, so we compared the two to see how they stack up.

Our take: While Oura brings something new, smaller, and less intrusive to the table—it may come at a compromise to performance.

This is calculated based on a user’s number of active minutes, movement per hour, meeting daily goals, level of training, and recovery time.

The problem: If crocheting and typing were workout activities, I’d never have to lace up my running shoes again.

The ring clocked me at ~5,000 steps while drafting this article at my desk. Miscalculations here affect both the Activity and Readiness scores (more on that below). 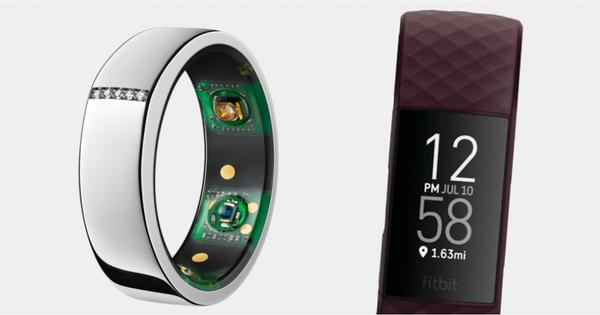 How does it stack up against Fitbit Versa 3?

This score is calculated based on previous day activities, heart rate, body temperature, and sleep. A score of 80 is explained as, “Your overall readiness is good. If you’re up for it, how about doing some fun activity today to recharge both your body and mind.”

The problem: With the step and activity trackers being out of sync, it’s likely this score is also not accurate. It includes the previous day’s activity score, so typing or crocheting would throw it completely off.

This score is calculated by measuring total sleep time, sleep efficiency (total time in bed), restfulness, REM sleep, deep sleep, and timing. A score of 95 is “optimal,” meaning I went to bed at a typical hour for me, didn’t spend much time awake, and got more deep sleep than the average person, which is 15% to 20%, according to Oura. Overall results were right on par with Fitbit.

Missing features: A few days after my ring arrived, Oura sent an email stating that the workout heart rate feature wasn’t up to par, so it would stop recording heart rate during workouts until early 2022.

Oura has included a sensor to track 02 levels during sleep, something Fitbit already does, but that feature isn’t expected to be released until next year.

2 key ways the Oura Ring could improve to stack up against other trackers:

The big takeaway: The Oura Ring is far too sensitive to be a good step tracker, and as long as steps contribute to other scores, it’s not ideal.

Tags:  will the fitbit hr interfere with a smart watch