Eurovision 2021 crowned its winner of the Song Contest this weekend, with Måneskin of Italy’s entry “Zitti e Buoni” (“Shut Up and Behave”) scoring 524 points in Rotterdam, The Netherlands for the victory.

“We just want to say to the whole of Europe, to the whole world, rock and roll never dies!” the band’s thrilled frontman Damiano David shouted after the announcement of the band’s win.

After “Zitti e Buoni” was chosen through the television song contest Sanremo Music Festival back in March, it became Italy’s official entry into the Eurovision Song Contest 2021. Some of the language in the original lyrics were changed or deleted for the competition because they were deemed rude.

Also Read:What Is Eurovision? A Guide for Confused Americans

This is the heavy-metal band from Rome’s first win in the contest and the third for Italy, which has been in the competition since its 1956 inaugural. 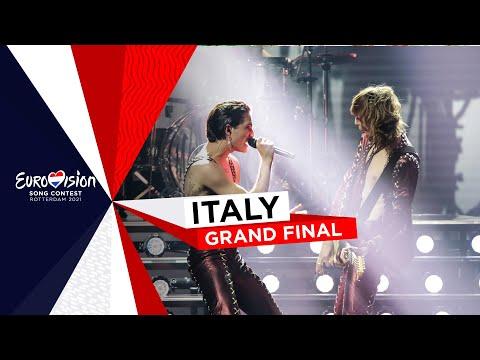 The four band members – David (lead singer), Victoria De Angelis (bass), Thomas Raggi (guitar) and Ethan Torchio (drums) – met in 2016 when they were all in high school. The band got its name when De Angelis, who is half Danish, was asked for some random Danish words. She tossed out Maneskin, which means moonlight, and it stuck.

The following year, their debut single “Chosen” was released. Shortly thereafter, they rose to fame when they came in second in the Season 11 of Italy’s “X Factor.”

Runners up in the Eurovision 2021 contest were French singer Barbara Pravi in second place and Switzerland’s Gjon’s Tears in third.

Watch Maneskin perform their winning song in the clip at the top. And check out their after-win interview by clicking here.