In a perfect world, cutting the cable cord and setting up a new streaming player would allow you to toss your TV remote in a drawer. One remote should be all you need to control both the streaming device and your television.

That hasn’t been the case with all streaming players, including those made by Roku. The company’s popular set-top boxes and sticks never included TV volume or power controls, so you typically had to keep another remote handy or buy a universal remote. (One exception: Some Roku models can control an A/V receiver via HDMI-CEC.)

The latest Roku Streaming Stick ($50) and Streaming Stick+ ($70) finally rectify that situation, with new remotes that can control TV volume and power via a built-in infrared emitter. They also have a microphone for voice recognition, and the Stick+ supports 4K HDR video at the lowest price ever for a Roku player. 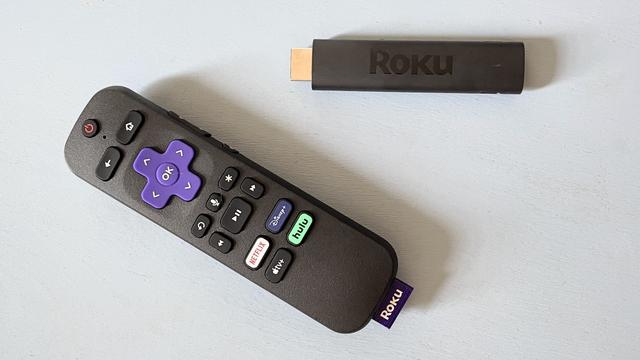 The Roku experience remains familiar—maybe a little too familiar, as rival platforms take fresher approaches to finding and discovering content. Yet the Roku Streaming Stick and Streaming Stick+ are still easy to recommend on the strength of their sensible hardware improvements.

A tale of two sticks

Like the previous Roku Streaming Stick, the new 2017 models connect directly to a television via HDMI, drawing power from either the television’s USB port—most newer TVs support this—or an outlet. Roku doesn’t include an HDMI extension cable in the box, but will send one for free if your TV’s HDMI slot doesn’t have enough clearance around it.