PGA Tour live stream: how to watch every 2021 golf event online from anywhere

The 2021 PGA Tour season is now under way following an extraordinary year of golf that saw the Ryder Cup cancelled, Augusta played in November, and Bryson DeChambeau transform himself into a walking advertisement for creatine. Read on as we explain how to find a quality PGA Tour live stream and watch golf online wherever you are in the world this week.

Golf coverage in the US is mostly shared between NBC and CBS, with ESPN+ also getting in on the action from time to time. In the UK, it's exclusive to Sky Sports, while in Australia it's Kayo Sports you want.Whoever your chosen streaming provider is, remember you can take it with you wherever you go - just tee-off with a reliable VPN in your bag this year.

The end of last year's campaign saw Dustin Johnson win both the PGA 2020 Tour Championship after excelling throughout the FedExCup Playoffs - stopped from a clean sweep of all three events only by a miraculous Jon Rahm putt - and then triumphed at Augusta in The Masters to earn his first Green Jacket.

Prior to that, the newly beefed up DeChambeau claimed a six shot victory at the US Open, finishing as the only player under par atnotoriously difficult Winged Foot.

The Mad Scientist therefore entered the Masters as a resounding favorite - but it was DJ who enjoyed the spoils at the year's final major, carding an impressive score of -20 that wasn't to be beaten by Bryson, Rory, Tiger, or anyone else for that matter.

Read on as our guide explains how to find a PGA Tour live stream and watch golf online from anywhere in the world, each and every week for the 2020/21 season.

How to watch PGA Tour golf from outside your country

There are loads of easy ways to watch PGA Tour golf in 2021 including in the US, UK, Canada, Australia and almost anywhere else in the world. Scroll down for a full breakdown of options, but the first thing you should know is that anyone away from their home country can still tune into the action as usual by using one of the best VPNs.

These services will allow you to get around any geo-blocking and and let you watch the same legal, high-quality golf live stream you would at home. Best of all, they only take a few minutes to set-up.

ExpressVPN - get the world's best VPNWe've put all the major VPNs through their paces and we rate ExpressVPN as our top pick, thanks to its speed, ease of use and strong security features. It's also compatible with just about any streaming device out there, including Amazon Fire TV Stick, Apple TV, Xbox and PlayStation, as well as Android and Apple mobiles.

Sign up for an annual plan now and get an extra 3 months absolutely FREE. And if you change your mind within the first 30 days, let them know and they'll give you your money back without a quibble. 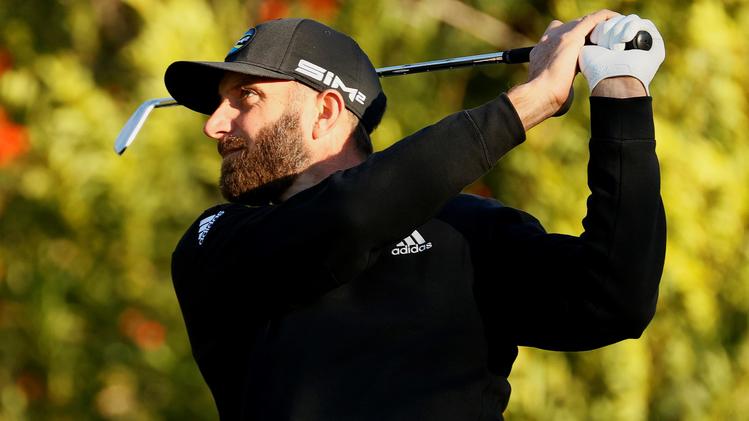 How to watch 2021 PGA Tour: FREE live stream guide for the US

PGA Tour golf coverage is spread across multiple channels and streaming services the US, but NBC and CBS generally share the rights to coverage and are your best starting points.

NBC's Golf Channel offshoot (or NBC Golf, if you prefer) is where you'll find the bulk of its coverage outside of major tournaments, while CBS shows its share of the golf on its linear TV channel.

Both networks also offer dedicated online coverage for those without cable.

How to watch a PGA live stream online without cable

CBS All Access replacement Paramount Plus offers a great FREE trial deal, but for more comprehensive coverage without cable, you'll want to consider getting an over-the-top streaming service.

Of the many, varied options, we think fuboTV is the best choice for most people right now. It offers a FREE 7-day trialand therefore means you can watch the the next tournament for nothing if you play your cards right. Crucially, it offers access to both NBC's Golf Channel and CBS under the same roof for an all-in-one PGA live stream solution.

Sign up in a breeze, too, and while you do have to input your credit card details to verify your identity, a wide variety of providers are accepted - including some internationally recognized options for the globetrotters among you.

For a cheaper alternative, Sling TV doesn't have CBS but does have NBC in most major markets, NBCSN, and the Golf Channel available - as well as offering some deals of its own.

You needn't find yourself in a pickle when you're abroad, either, as using a good VPN as described above will let you watch the streaming services and content you pay for at home, from anywhere in the world. This means you can watch PGA Tour golf just like you would after a round at your local country club or public course.

If you're a UK-based golf fan, you'll likely know that Sky Sports has the rights to PGA Tour coverage on your side of the Atlantic. Head straight to the Sky Sports Golf channel where live coverage is as comprehensive as it gets, while bigger events and final rounds are also often shown on Sky Sports Main Event.

When you're not comfortably plonked out on the sofa, you can download the Sky Go app for your smartphone, tablet, computer, or even console.

For those not wanting to commit to the full Sky works, it also offers a streaming-only option called Now TV, which means you can you buy access to Sky Sports for a set amount of time at a fixed price - no contract required.

It's also worth knowing about GOLFTV, a new international streaming service dedicated to...you guessed it, golf! It's priced from just £5.99 a month, so if golf is the only sport you ever watch, it's well worth considering. However, note that it doesn't offer coverage of select events including some majors, so it's not an all-in-one solution for golf fans.

Those who might find themselves outside of the country during a PGA Tour golf event they want to watch can follow our instructions above. Just get a great golf VPN and watch the golf via your usual UK-based live stream, just like you would at home.

How to watch 2021 PGA Tour golf live online in Canada

Canadian golf fans will find that NBC's Golf Channel has a Canadian twin that airs featured coverage of most major tournaments and can be watched online with a cable TV subscription.

Two other channels in Canada that often show PGA Tour golf on TV are CTV and TSN - the latter being a particular useful option for cord cutters as you can subscribe to TSN on a streaming-only basis from just CA$4.99 a month.

Otherwise, a GOLFTV pass can be bought in Canada from $9.99 a month and offers selective live tournament coverage. Check if it's showing the event you want to watch if signing up for the first time.

Just remember that if you're abroad and can normally access golf coverage in your home country, you can use one of our best VPN recommendations to tap into your usual service - though 5ft putts sadly aren't as easy to convert.

2021 PGA Tour live stream: how to watch golf online in Australia this year

Down Under, the most comprehensive golf coverage is offered by Kayo Sports. This great over-the-top streaming service offers access to over 50 sports live and on-demand, with some its big name channels including Fox Sports, ESPN, and beIN Sports.

Better still, it's fantastic value at either $25 for Kayo Basic or $35 for Kayo Premium. Basic lets you stream sport on two devices at once, while Premium ups the ante and allows you watch on up to three screens simultaneously, so it represents the best value if your household has different sporting tastes or you're splitting the cost of the subscription with mates.There's even a free 14-day trial for good measure.

As ever, Aussies out of the country can access their favourite streaming service just like they would at home can use a VPN to watch their PGA Tour live stream of choice. Finding a nice cold VB abroad? That might prove more problematic.

The new PGA Tour season has gotten off to a spectacular start, headlined of course by Bryson DeChambeau's dominant win at the US Open back in September and then Dustin Johnson's maiden Augusta victory in November.

Outside of the majors, October produced some highly memorable moments on the regular circuit, and of the non-majors, the relocated Zozo Championship at Sherwood produced a memorable finish that saw Patrick Cantlay win by a single shot over Justin Thomas.

Elsewhere, Sergio Garcia rolled back the years to win at the Sanderson Farms Championship, while arguably the most dramatic tournament so far was the Shriners Hospitals for Children Open, where Scotland's Martin Laird won a dramatic three-man playoff to claim the title.

The 2021 action has sizzled early on in warmer climes, too, with big guns like Brooks Koepka claiming the Phoenix Open, Patrick Reed winning the Farmers Insurance Open, and rising star Daniel Berger taking home the Pebble Beach Pro-Am.The only real bad news for fans of the game is Tiger's continued absence through injury, with the first WGC event of the season in Mexico failing to see the star return - his early-2021 car accident making it difficult to give a firm Tiger Woods injury update once again.

That depends on who you ask - and how you measure success in golf. But in most people's eyes (and the eyes of the PGA), the answer is Dustin Johnson.

Johnson was in superb form from the moment PGA Tour action resumed back in June and looked unbeatable towards the end of the season, winning two out of three events in the 2020 FedExCup Playoffs including the Tour Championship - making him the official winner of the 2019/20 PGA Tour. In fact, only a miraculous 66-foot Jon Rahm putt stopped him from making it a clean sweep and he's still world no. 1 as we look ahead to Augusta.

However, if you measure success by major victories, then Collin Morikawa's maiden victory at the PGA Championship certainly deserves a mention - as does Bryson DeChambeau's win at Winged Foot in the 2020 US Open - even though it technically took place after the start of the 2020/21 season.