How to watch the Ryder Cup 2021: Live stream the USA vs Europe golf clash

The 43rd Ryder Cup is reaching its conclusion, and right now there's only one team that's going to win. USA has a massive lead going into the final day's singles and needs only 3 1/2 points to take the famous trophy.

They lead 11-5, after two days in which they've dominated throughout. In one game after enough they've simply proved too good for their opponents, particularly on the greens.

The beleaguered Europeans have looked out of their depth on Wisconsin's wind-swept Whistling Straits course, with only the Spanish pairing of Jon Rahm and Sergio Garcia excelling. The list of Europeans who have yet to win a point is a long one: Rory McIlroy, Ian Poulter, Lee Westwood, Paul Casey, Bernd Wiesberger and Matt Fitzpatrick.

For the Americans, Dustin Johnson, Xander Schauffele and Collin Morikawa have 100% records, while every player has got on the scoreboard. To describe it as one-sided would be an understatement.

But the Europeans still have some hope: in 2012, USA led 10-4 going into the final day, but somehow ended up losing. The gap is even bigger here, but anything is possible in matchplay golf.

It all comes down to the concluding 12 singles matches, with Europe needing to win 9 of them to reclaim the trophy. The action is due to start at 12 p.m. ET / 9 a.m. PT / 5 p.m. BST, with Rory McIlroy and Xander Schauffele out first.

Whatever happens, it will be worth watching — and you do so via a Ryder Cup live stream, wherever you are in the world. So here's how to watch the Ryder Cup 2021.

It's natural that you might want to watch the Ryder Cup 2021 live stream from your home country, but what if you're not there when the players tee off?

Look no further than a VPN, or virtual private network. A VPN makes it look as if you're surfing the web from your home country, rather than the one you're in. That means you can access the streaming services you already pay for, from anywhere on Earth. Or anywhere that has an internet connection, at least.

For instance, a Brit who's currently in the U.S. could watch the Ryder Cup live stream on Sky Sports, even though they're not in the U.K.

They're totally legal, inexpensive and easy to use. We've tested lots of the best VPN services and our favorite right now isExpressVPN. It's fast, works on loads of devices and even offers a 30-day money-back guarantee.

Safety, speed and simplicity combine to make ExpressVPN our favorite VPN service. It's also compatible with loads of devices and there's a 30-day money-back guarantee if you want to try it out.

Using a VPN is incredibly simple.

1. Install the VPN of your choice. As we've said, ExpressVPN is our favorite.

2. Choose the location you wish to connect to in the VPN app. For instance if you're in the U.S. and want to view a U.K. service, you'd select U.K. from the list.

3. Sit back and enjoy the action. Head to Sky Sports or another website and watch the golf.

If you're in the U.S. and want to watch the Ryder Cup 2021 live stream you have several options.

To watch all the action on network TV, you'll need both NBC and the Golf Channel. That's because the first day's action will air exclusively on the Golf Channel, with NBC taking over on Saturday and Sunday. To get NBC, you need one of the best TV antennas, while you need a cable package for the Golf Channel.

But if you've cut the cord you have other options, because the Ryder Cup 2021 will also air on NBC's streaming service Peacock. The free Peacock service will feature coverage of featured groups, while Peacock Premium ($4.99/month) and the ad-free Premium Plus ($9.99/month) will have simulcasts of the Golf Channel/NBC broadcasts. 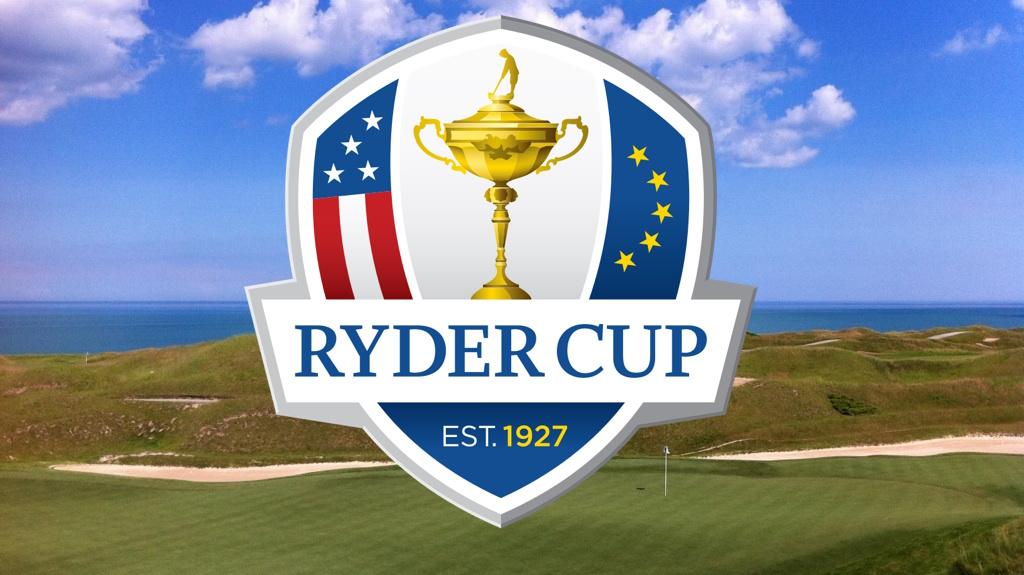 Alternatively, you could watch the Ryder Cup 2021 on Sling or FuboTV, as both have NBC and the Golf Channel.

The Sling Blue package costs just $35 per month and comes with more than 30 channels including NBC. Plus, right now Sling is offering a 30-day trial for the bargain price of $10. You'll have to pay for the Sports Extra add-on to also get the Golf Channel, though.

Fubo.TV costs $65 per month but gives you more than 117 channels, including NBC and the Golf Channel.

If you already use those services but aren't in the U.S. right now, you can watch the Ryder Cup 2021 live streams by using a VPN such as ExpressVPN.

If you love sports, you'll want to check outFubo.TV. It's got a 7-day free trial, so you don't need to pay up front. The Starter Plan ($64.99) features dozens of channels including NBC and the Golf Channel, as well as ESPN, Fox Sports and more.

Sling TV is one of the best values among cable alternatives. The Sling Blue package comes with 30-plus channels in the lineup, including NBC (in select markets). You'll need the Sports Extra add-on to get the Golf Channel, though.

Peacock is one of the newest streaming services but houses a great library, including the entirety of The Office. It's also home to a ton of sports, including golf, Premier League soccer and WWE wrestling.

As is usually the way with the major golf tournaments, Sky Sports is the place to go to watch the Ryder Cup 2021 live stream in the U.K. If you don't already subscribe, you could sign up for the basic Sky package plus the Sky Sports Golf channel for £36 per month. Alternatively, you could go for the entire Sky Sports package starting from £43 per month.

If you don't want to commit to a lengthy contract, another option is to buy a Now Sports Pass. This will let you access all 11 of the Sky Sports channels for a limited time, with prices starting at £9.99 for a Day Pass and £33.99 for a month.

How to watch the Ryder Cup 2021 live stream in Canada

The block of TSN channels will be all Canadian golf fans need to get watch US Open 2021 golf live stream.

How to watch the Ryder Cup 2021 live stream in Australia

Not sure how to watch the US Open 2021 golf tournament in Australia? Golf fans Down Under can catch the action on Fox Sports, but the live stream will also be shown on the treaming platform Kayo Sports . As with the other options in our list, this can be accessed wherever you are by using one of the best VPN services.

The 43rd Ryder Cup teed off today (Friday, September 24), and finishes on Sunday.

There will be a total of eight foursomes matches spread over Friday and Saturday, and eight fourball matches. Then, on Sunday, there'll be 12 singles matches featuring all players.

The Ryder Cup is split into three types of matchplay contest: Foursomes, fourballs and singles.

In the foursomes, each team of two takes it in turns to hit a stroke, and the side with the lowest score for each hole wins. The side with the most holes at the end of the round wins one point towards the overall score.

In the fourballs, the two pairs each play their own ball, with the best score overall winning the hole. Again, there's one point up for grabs in each game.

In the singles, players from each side compete in standard matchplay format, with the lowest score winning the hole and one point again available for winning the most holes.

That gives a total of 28 points, meaning each side needs 14 1/2 points to win the Ryder Cup outright.