How to watch the Parks and Rec special online: stream the reunion anywhere for free

Worried you missed the special Parks and Rec reunion episode? Fear not, as the hit comedy's surprise comeback is easy to stream online whenever you want - and wherever you are. Read on and follow our guide as we explain how to watch the Parks and Rec special for free no matter where you are in the world.

The Parks and Recreation charity special aired Thursday, April 29 at 8.30pm ET/PT on NBC. Anyone without a traditional TV set-up or cable package had the option to stream NBC as part of the Hulu + Live TV package, which offers a FREE 1-week trial.

The work of sit-com master Michael Schur (see also: Brooklyn Nine-Nine), Parks and Recreation can be broadly described as a political satire. It concluded its seven season run in 2015, but all of Pawnee's finest came back for the special Parks and Rec charity reunion.

Shot entirely remotely, the new Parks and Rec episode saw mid-level bureaucrat Leslie Knope (Amy Poehler) checking in with her friends and colleagues during the Covid-19 pandemic. The special touched on a number of related topics including coronavirus restrictions like self-isolation and social distancing - but the real purpose of the reunion was to raise money for Feeding America's Covid-19 Response Fund.

You can still donate now here, with NBCUniversal, State Farm and Subaru of America teaming up to offer a total of $500,000 in matching donations. So every time your face meets your palm watching the Parks and Rec special, remember you can also guide your hand toward your purse or wallet.

As well as Poehler's return as the ambitious Deputy Director of Parks and Recreation in fictional Pawnee, Indiana, the special brought back a full house of regular cast members, including Aziz Ansari, Nick Offerman, Chris Pratt, Rashida Jones, Adam Scott and Rob Lowe. 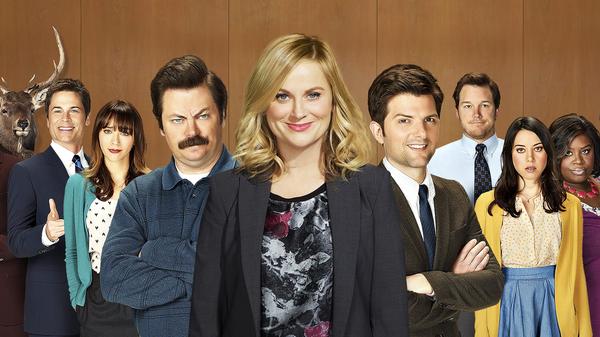 So without further ado, here's how to watch the Parks and Rec special online and stream the reunion episode from anywhere right now.

NBC made it easy to watch the Parks and Rec special online, with the reunion airing at the syndicated time of 8.30pm ET/PT on Thursday, April 30.

You could also stream the new Parks and Recreation episode, either through the NBC website, or using one of the network's apps - available for iOS, Android, Roku, Amazon Fire TV, Apple TV, and Android TV devices, as well as the Xbox and select Samsung and Vizio smart TVs.

Those without cable will likely have found that NBC isn't available on many popular cord-cutting options - but it is as part of the Hulu + Live TV package.

This costs $54.99 a month and represents a complete cable replacement - and there's a FREE 1-week trial that will let you see if it's right for you and allow you to watch the Parks and Rec special without paying a penny (give it to charity, instead). This bundle also lets you stream the special on catch-up and offers all seven seasons of Parks and Recreation on-demand, making it the best option for fans of the show.

Fast forward to today and the Parks and Rec reunion has been uploaded to YouTube so anyone can watch it for free - though annoyingly, it's geo-blocked to the US.

Read on if you normally reside in the US but are currently stuck elsewhere for whatever reason, as we can tell you the best way to get around this.

How to watch the Parks and Rec special from abroad

As we've just explained, anyone in the US will likely have found it easy to watch the Parks and Rec reunion special - but anywhere else, it wasn't quite so simple. As the charity event was an NBC exclusive, anyone from America abroad won't have found it being aired simultaneously in places like the UK, Canada or Australia. Equally, trying to tune into NBC from like you would from home was likely impossible because of geo-blocking restrictions.

We know that this might not be a likely scenario for many, due to coronavirus travel restrictions, but the fact is people are still being required to travel - and some are even regrettably stuck abroad during this difficult time.

Fortunately, there is a solution in the form of a VPN. This nifty bit of software changes your IP address so that you can access all the content you normally would at home, from anywhere in the world.

However, note that some services require you to verify local credit card or cable subscription details before gaining access, so it's always best to read the fine print first.

While there are hundreds of VPNs to choose from, we always recommend ExpressVPN. As well as being fast, simple, and straightforward to install, it's also compatible with a whole host of devices - Amazon Fire TV Stick, Apple TV, Xbox, PlayStation, iOS and Android to name some of the main ones.

Plus, ExpressVPN's flexible 30-day money back guarantee is difficult to argue with. Even better, you can purchase an annual plan for a 49% discount and 3 months extra FREE – a brilliant offer for an essential bit of software.

Once installed, select the location of your home country and simply click connect to watch the Parks and Rec special at home from anywhere on the planet.

How to watch Parks and Rec online: stream every season

If the charity special has reminded you what a great show Parks and Recreation was - or piqued your interest in it for the first time - here are the best ways to watch Parks and Rec in a number of its biggest markets.

Our recommendations are based on services that offer all seven seasons of Parks and Rec for online streaming.