The Indian Premier League is back, and if you're based in the U.S. that means you'll want to know how to watch IPL 2022 on ESPN Plus. And you really will want to tune in, because it promises to be an exhilarating contest.

To say that anticipation is high would be an understatement; the last two IPL tournaments have been blighted by Covid, so a full schedule in front of millions of Indian fans is a welcome return to normality.

If you're cautious about cutting the cord, don't worry — ESPN Plus is available on all of the devices you most likely already own and use daily.

For instance, there are apps for iOS and Android devices, plus PS5 (if you got lucky with a PS5 restock) and PS4, Xbox Series X/S and Xbox One, Roku, Apple TV, Chromecast, Amazon Fire devices, Samsung smart TVs and much more.

Given that you can also watch it via the ESPN Plus website, whatever device you're on, you won't be lacking for options. 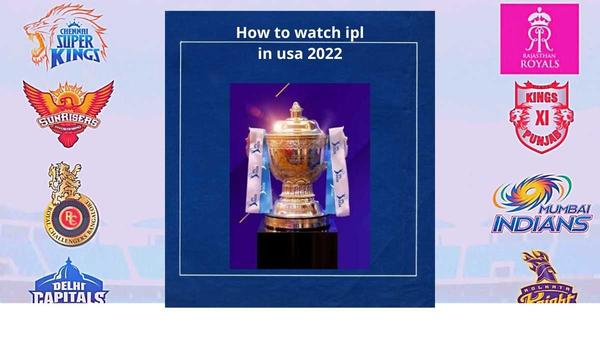 How to watch IPL 2022 on ESPN Plus: The tournament

There are 10 teams in this year's IPL — the eight from last year plus two new sides, Gujarat Titans and Lucknow Super Giants.

That increased tournament size has resulted in a new format: two groups of five, with each team playing 14 games. However, there'll be a single league table, with the top four going through to the playoffs.

It's a rather complicated approach which sees some teams meet twice and others just once, but presumably it will all make sense once the tournament begins.

Who's going to win? Well, every one of the 10 teams has a reasonable shot at it. The holders, Chennai Super Kings, have the likes of Ravindra Jadeja and Moeen Ali, Mumbai Indians can call upon Rohit Sharma, Kieron Pollard and Jasprit Bumrah, and Rajasthan Royals boast Jos Buttler, R Ashwin and Trent Boult. But even newcomers Lucknow Super Giants, with the likes of Quinton de Kock and Jason Holder, won't be easy to beat, so only a fool would predict the winner beforehand.

Either way, it all starts soon. You'll find the fixtures and groups below, plus more information in our full IPL 2022 live streams guide.