Abroad on holiday or business, but don't want to miss out on watching your favorite TV show as it goes out? Or does the country where you live have dismal sport coverage, leaving you to trawl Reddit to watch grainy, illegal streams? Either way, there's a very easy - and crucially, legal - way to live stream television no matter where you are in the world.

You may well have heard of VPNs - or Virtual Private Networks - but wondered what they are and how they can help you. As well as adding an extra layer of safety to your online life and giving you a way to get around website restrictions imposed by certain employers, institutions and countries, downloading and installing a VPN can help you tap into overseas TV and sport coverage, too.

In this guide, we'll tell you more about what they are, why they could be the tool for you and which are the best VPN services (we've tested and reviewed more than 100!). We'll also let you know what upcoming live sports and catch-up television VPNs can allow you to access.

What is a VPN?

You can think of a Virtual Private Network as a tunnel that connects your computer, smartphone, tablet, TV streamer, games console or any other internet connected device to an alternative server. The effect is to give you a different IP address to your usual one, and that IP address can be in any country that alternative server is in.

So at the press of a button your laptop can appear like it's in the US, UK, Australia, India - anywhere - even though physically it's sitting right in front of you.

But there are loads to choose from - many of which aren't as secure or reliable as others - which is why choosing the best VPN is important.

What are VPNs good for?

You know the 'how', so here's the 'why'. Firstly, much is made by providers about just how secure their software is. Because the tunnel your software forms will be encrypted, it means that the data you share or download should be invisible to the eyes of hackers, cyber-criminals, ISPs...even governments. So as an extra layer of online security, getting a VPN makes sense. And the best providers keep absolutely no logs of your use, either.

But the advantage of a Virtual Private Network over standalone antivirus software is their extra versatility. Because your device appears to be in a different country or city, it can help you overcome certain region restrictions and geo blocking. So that means using a VPN in China, for example, can help get around strict state website censorship. And it opens up sites like YouTube and Facebook on which some places enforce restrictions. 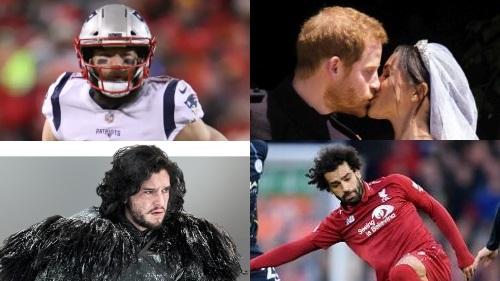 Plus, crucially for this guide, they can also give you a whole new menu of TV and sport that you just can't access where you are.

How to live stream sport with a VPN

So the big annual event in your favorite sport is happening now, but there's no coverage where you live. Bummer. Well you can pretty much guarantee that somewhere in the world, somebody is showing it

Or maybe the coverage is only on cable or a subscription service, but you're doing everything you legally can not to have to cough up for a pricey service to watch this one solitary event. And you just know that there's a free live stream being shown somewhere else.

As described above, downloading a VPN service allows you to virtually relocate your laptop, mobile or TV streamer to another location where the sporting event is being shown. The Russia 2018 World Cup was a great example, with thousands of people wanting to watch the international football tournament, even when their country hadn't bought any rights to show it. And a Super Bowl live stream is much better to watch if you find a stream without commercial breaks.

Below is a list of a few of the most popular ongoing and future sports action that are being streamed. On each page we let you know the localised viewing options in some English-speaking countries so that you know which server to choose to get watching as soon as possible:

- NBA - see your team play, even if coverage is blacked out

- Premier League soccer - every single game is being shown somewhere

How to watch TV online with a VPN

And they said that water cooler TV moments were dead! If there's one thing that shows like Game of Thrones, Bodyguard and, yes, Love Island have proved, it's that some scheduled TV is still essential viewing as it goes out for the first time.

Catch up TV services have changed the way we watch TV for the most part, but for some shows you want to be able to watch - and react to - in real time. Even if you're out of the country for business or on holiday, a VPN let's you tune into that can't-miss TV regardless of where you are.

Plus, if you've ever heard about a film or show that you really want to see turning up on a streaming service, just not in the country where you are, then a VPN can unlock the door...that is if you don't mind breaching their terms and conditions of usageand entirely at your own risk.

- Game of Thrones - Winter is coming! Watch season 8 or catch up on old episodes

- Best Netflix VPN - unlock shows that are only being broadcast abroad

- Friends - just in case you haven't seen them all already

The best three VPNs to watch sport and TV:

We've tested and reviewed in excess of 100 VPN providers to see which are the best (and worst!). We're happy to confidently recommend the following VPN services:

We like ExpressVPN a lot. We love the fact that it does all the basics well - it's fast, secure and has loads of international servers to choose from. But probably the best thing is that fact it's so darn easy to use. Select the location you want from a list and then press the big, inviting 'on' button.

Plus, ExpressVPN features a 30-day money back guarantee letting you give it a try without paying anything before you commit. And if you do like it and want to make it your VPN for keeps, then TechRadar readers can get 3 months free with an annual plan.

Rapid speed, no logs and 24/7 support

In a very close second place in our VPN rankings is IPVanish. Based in Texas, USA, it's a provider that can't stop talking about the quality of its product. And we agree. So you're looking at a staggering 40,000+ IP addresses and 1,000+ server locations on its books. Not many other VPNs can match that.

We also really like that a single IPVanish subscription can support up to 10 devices. So you don't have to pay more if you want to use the VPN on your laptop, phone, tablet, PS4, Xbox, Roku, Apple TV and Chromecast. And that still leaves you another two devices you can cover!

So many IP addresses

VyprVPN is another VPN with a free trial trial so you can give it a test drive before you commit to a longer deal. You should be able to learn all you need to about this excellent VPN in three days.

You'll see in that time that it has over 200,000 IP addresses, an easy-to-use interface and - like the two above VPNS - 24/7 live chat support in case something goes wrong. And there's just something about it being based in Switzerland that makes us feel even more secure.