Google is bringing Samsung to the Apple Watch fight

On Wednesday, August 11th Samsung is expected to announce a couple new smartwatches: the widely rumored Galaxy Watch 4 and Galaxy Watch 4 Classic. The company that has the most to gain — or lose — from the success of these watches isn’t Samsung, however, it’s Google.

For many years now, I have decried the lack of good smartwatch options for Android phones. There’s nothing in the Android ecosystem that matches the quality and utility of the Apple Watch. As the pace of development in phones seems to slow, the pace of development on wearables still has a chance of growing. And without a viable alternative for Android users, it’s ever more likely that Apple will peel off users (or keep iPhone owners from ever trying Android).

At long last, Google seems to be ready to finally make a strong attempt to get back in the wearables game. But despite buying Fitbit and despite rumors that Google is working on some kind of Pixel watch, Samsung will be the first out of the gate with Wear OS 3 smartwatches.

They will be based on the collaboration between Google and Samsung that was announced earlier this year at Google IO. In essence, Samsung is abandoning its custom Tizen OS for watches and instead contributing parts of it to a newly-invigorated version of Google’s moribund Wear OS. Both Google and Samsung are promising better battery life, nicer software experiences, and more robust third party app support.

But making a smartwatch that’s better than current Wear OS watch options is embarrassingly easy. Samsung has been doing it for years with its Tizen watches — watches which only really work well with Samsung devices and have been hampered by awful third party app support. We’ve often recommended Galaxy watches as the best option for Android users — but “best” is not the same thing as “great.”

It’s not just about improving on the low bar of either Wear OS or Tizen. There are low bars everywhere for Android users. As Wear OS stagnated, OnePlus, RealMe, Oppo, Fitbit, and others have turned to proprietary, simplified platforms that lack the features you’d expect in a smartwatch today.

So the pressure is quite high for both Samsung and Google to deliver to make a pair of smartwatches that are good enough to keep Android owners who want a smartwatch from feeling like they’re missing out. 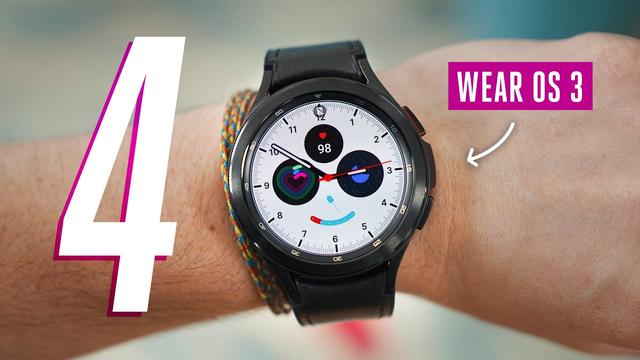 We will obviously have to wait to review the watches to see if Google and Samsung can meet the moment, but it’s not likely that this first go-round of Wear OS 3 watches from Samsung will be able to match the ecosystem or integration of the Apple Watch.

As of right now, the only Wear OS 3 watches we know for sure are coming are these two from Samsung. Fossil will be making watches for this holiday season, but they will not launch with this new Wear OS 3 platform — instead they’ll use the current, disappointing software until an update is made available. Beyond that, we have no idea what the roadmap for Wear OS looks like. Many companies you’d expect to churn out Wear OS watches have bailed in favor of their own platforms — or bailed on smartwatches altogether.

Like Apple, Samsung is trying to build out an entire suite of associated products and services for its Android phones. It has its own line of headphones, its own system for smart home controls, its own watches, and its own fitness offerings. It even has its own voice-controlled virtual assistant.

Samsung’s smartwatches have always worked well with Samsung Galaxy phones, but have been a pain on non-Samsung phones. They’ve required installing multiple apps and plug-ins and came with confusing options for tracking fitness and health. We don’t know yet how closely these watches will be tied to Samsung’s ecosystem, but it could mean that non-Samsung Android users will be put off.

Smartwatches are increasingly defined by their ability to do different kinds of fitness and health tracking. And though I am sure that Samsung will not be shy about putting lots of heath-related sensors into the upcoming Galaxy Watches, Samsung Health is not up to the challenge of competing head-to-head with Apple Health.

It gets more complicated with Google’s acquisition of Fitbit. Google has said that it wouldn’t stop using its own health tracking system, Google Fit. That means that these watches could theoretically have three different fitness tracking software options: Samsung, Google, and Fitbit.

More consumer choice at the cost of a little confusing software isn’t necessarily a bad tradeoff. Competition is good. But as the new standard bearer for smartwatches for Android, I hope Samsung doesn’t push non-Samsung users too hard into the Galaxy ecosystem.

Samsung is so dominant in the world of Android phones that in some regions it can often feel like it’s the only option. For at least the next few months, it will be the only option for Android users looking for a full-featured smartwatch running the latest software. That is a lot of ecosystem power — will Samsung handle it responsibly?

Tags:  why is my galaxy smart watch loosing poer life