Fossil on Monday unveiled its new Gen 6 line of smartwatches, which arrive this fall and will receive Google's new Wear OS 3 in an update in 2022. Despite its initial launch on the previous version of Wear OS, Fossil touts the watch's faster Snapdragon Wear 4100 Plus chip from Qualcomm and a claimed charging speed of zero to 80% in 30 minutes. 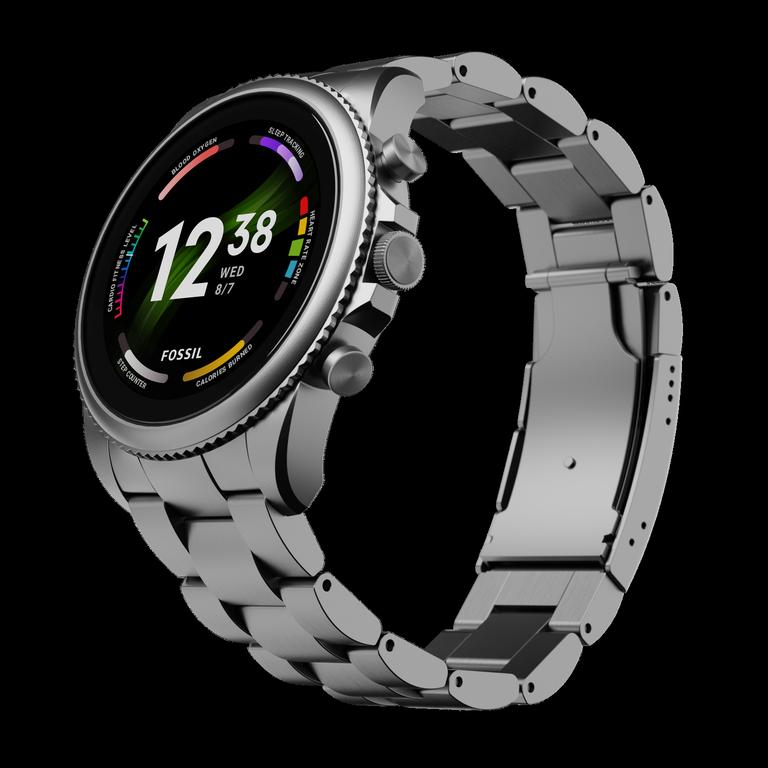 Compared to Samsung's new Galaxy Watch 4, which does sport Wear OS 3 right now, Fossil's Gen 6 includes more of Google's services, such as Google Assistant, and support for both iOS and Android.

Battery life in particular is a big focus for the watch. In addition to the charging claim, the watch includes a variety of granular battery modes, which last from 24 hours up to multiple days with Extended Battery Mode.

The watch comes in 44mm and 42mm case size options, is swim-proof up to 3 ATM (fine for swimming, but likely not for deeper diving), has 8GB of storage and 1GB of RAM. Health sensors in the watch include one for continuously tracking heart rate and a blood oxygen sensor.

Fossil is among several manufacturers that will support Google's new Wear OS 3 smartwatch platform, which was revealed earlier this summer as a collaboration between Google and Samsung. The watch platform is also due to receive features from Fitbit after Google completed its acquisition of the fitness wearable-maker. Fitbit will also make its own Wear OS 3 watch at some point, but it recently revealed the Fitbit Charge 5, a fitness-focused wearable that does not run any version of Wear OS.