Fitbit offers new help for those with diabetes

For many, Fitbit isn't just the best fitness tracker, it's the only one. You hear people talk about "my Fitbit", even if it's a device made by another company. But despite winning the battle for public attention, the brand isn’t resting on its laurels.

Instead, it’s making new, bold moves to extend its appeal further, and steadily evolving into an all-encompassing health service.

It’s in this light that Fitbit has just announced a new multi-year partnership with Lifescan, a US company specialising in blood glucose monitoring, which serves more than 20 million people with diabetes around the world.

The aim of the collaboration is to offer people with diabetes a more complete view of how lifestyle factors like daily activity, nutrition and sleep can impact their blood glucose levels, while also providing tools that can help them make healthy lifestyle changes.

And secondly, there’ll be new connectivity between Fitbit apps and OneTouch Reveal apps, so that OneTouch blood glucose data can be viewed alongside metrics tracked by Fitbit, allowing people to better understand how their exercise and blood sugar levels interact. 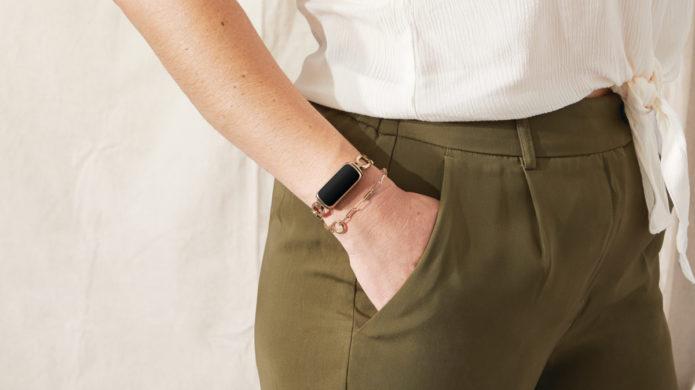 It’s a great idea in principle, and the companies say there’s evidence such an approach can work in practice too. Most notably, a clinical study in Taiwan found that integrating use of a Fitbit Inspire HR into diabetes care via the Health2Sync glucose control app led to significant improvements in blood glucose and HbA1C levels.

The full LifeScan and Fitbit collaboration benefits will be available through a portal service called OneTouch Solutions, which will be made available first to US consumers in the fall, and then offered to healthcare providers and payors as a reimbursed adjudicated option in early 2022.

The collaboration follows the announcement early this year of a three-year partnership between Fitbit and Diabetes UK. As part of this new relationship, the two organisations will collaborate on a series of initiatives to encourage healthy behaviour change, including the One Million Step Challenge.

So should we still be referring to the Fitbit as a fitness tracker, or is it evolving into another kind of device entirely? We’d say it’s early days yet.

We don’t have much in the way of detail yet about how Fitbit and Lifescan apps will work together, beyond what we’ve already told you. And more generally, the company is understandably very cautious about making bold claims for Fitbit’s healthcare potential.

In its terms and conditions, for example, it states: “Unless otherwise specified, Fitbit products and services are not a medical devices [sic], and are not intended to diagnose, treat, cure or prevent any disease.

We're guessing that wording was chosen by the lawyers, to cover their backs should any malpractice lawsuit crop up in future. But despite this wariness, we’re convinced we’ll be hearing about a lot more team-ups between Fitbit and healthcare providers over the coming months, because this is a very lucrative market indeed.

Fitbit’s ability to track things like heart rate and sleep patterns means there’s a lot of potential to make a big play for improving the healthcare of customers.

And of course, if Fitbit doesn’t get in there first, rivals like the Amazon Halo or Apple Watch might steal a march on them. So if purely from a defensive point of view, we’re expecting Fitbit’s entry into the healthcare market to continue evolving in the months and years to come.