If you were one of the 1 million people in the U.S. who purchased a Fitbit Ionic smartwatch between September 2017 and December 2021, stop using it. The Consumer Product Safety Commission announced a recall of the wearable on Wednesday due to a battery overheating issue that caused burns for dozens of buyers.

The Ionic was Fitbit's first actual attempt at a smartwatch, leaving aside the earlier Fitbit Blaze, which had a square display that resembled the Apple Watch's screen (if you stood several feet away and squinted), but had no real smart features to speak of. Released in 2017, the Ionic was an ambitious device for Fitbit—it was one of the first consumer wearables to pack in an SpO2 sensor, which the company at the time said would be used for studying and potentially diagnosing sleep apnea. That sensor has since been added to competing smartwatches from Apple, Samsung and others. 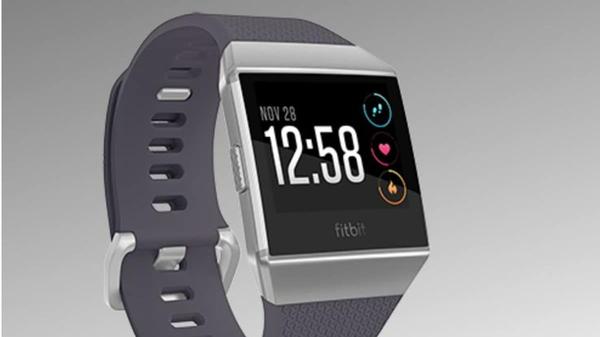 But the Ionic's promising health-tracking capabilities were packaged in an unfortunate design. It turns out that the watch's flaws also included a lithium-ion battery prone to overheating, according to the CPSC. Fitbit received 115 reports of overheating in the U.S., with 78 of those reports detailing burn injuries as a result. Four of those burns were second-degree in nature, and two were third-degree. Internationally, Fitbit received an additional 59 reports of overheating with 40 of those reports citing burn injuries.

"Customer safety is always Fitbit’s top priority and out of an abundance of caution, we are conducting a voluntary recall of Fitbit Ionic smartwatches," a Fitbit spokesperson said in an emailed statement to Protocol. "We received a very limited number of injury reports - the totals in the CPSC announcement represent less than 0.01% of units sold - of the battery in Fitbit Ionic smartwatches overheating, posing a burn hazard. These incidents are very rare and this voluntary recall does not impact other Fitbit smartwatches or trackers.”

The company has now voluntarily recalled the Ionic and is offering $299 refunds, in addition to a 40% discount for select Fitbits. Ionic owners can request a refund from Fitbit by visiting the company's support page.

Fitbit sold 1 million Ionic watches in the U.S. and an additional 693,000 internationally, but stopped selling the watch in 2020 prior to being acquired by Google.

Correction: This story has been updated to correct the number of second- and third-degree burns reported in the CPSC recall. This story was updated March 2, 2022.

Tags:  why does my fossil smart watch turn off when