Leeds manager Marcelo Bielsa has taken responsibility for his side’s 7-0 defeat to Manchester City, saying “What I proposed was not good enough”.

An injury-hit Leeds team was thrashed at the Etihad Stadium on Tuesday night with Kevin de Bruyne starring in City’s seventh consecutive Premier League victory. It was the joint-heaviest defeat in Leeds’ history.

Bielsa was without Kalvin Phillips, Patrick Bamford, Liam Cooper, Rodrigo, Pascal Struijk, and Robin Koch, while his bench had an average age of 19.

The result leaves his team 16th in the table, five points clear of 18th place Burnley, who have two games in hand. 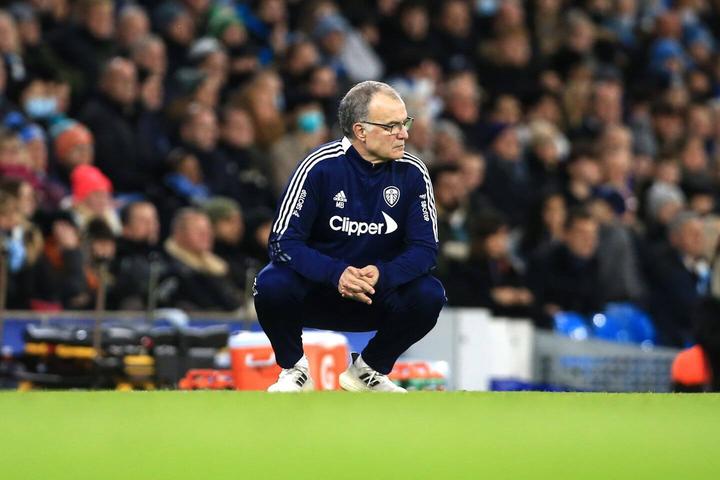 After the full-time whistle, Bielsa said: “There is nothing positive to take away from our performance. I can't find anything that can be of value.

“What I proposed was not good enough. You can deflect the attention when some things work and some don't but when nothing works the decisions of the one in conduction define what happens.

“The ideas, solutions, what I proposed and organised - none of it worked.

“In no moment were we able to balance the game. The sensation we gave off, anything they attempted we couldn't prevent it and anything we attempted wouldn't prosper.

Asked whether it was Leeds’ worst Premier League performance, Bielsa said: “Yes, of course. It’s not that City played very well – it’s a lot more noticeable how badly we played than how well City played.

“City plays like this all the time, or similar to it, but we have never played so badly in these four years.”