Recently Apple asked a group of Australian gaming journos to sit in on a Zoom session with several developers working across its Apple Arcade platform. Kotaku AU heard from representatives from MiHoYo, 2K Games, and Mighty Bear Games about projects they’ve been working on that are powered or improved by Apple’s new A15 Bionic hardware.

It should be noted that the games presented by all three studios include microtransactions. These are all games that will let you download them for free and ask you to spend money after the fact. I wouldn’t be doing my job if I didn’t spotlight that from the jump. We were also told that everyone we heard from on the call was speaking on background, meaning I can’t quote anyone or directly attribute anything.

A bit about Apple’s new hardware

Many of Apple’s most powerful new mobile devices, including the iPhone 13 and iPad Mini that Apple supplied us with for this piece, run the A15 Bionic GPU. It’s a 15-core mobile monster that allows for a significant jump in graphical fidelity that powers Apple’s new liquid Retina displays. The iPhone 13 range uses the Super Retina XDR display in concert with the new ProMotion feature, opening the door to games with 60Hz refresh rates. Properly optimised games can be pushed all the way up to 120Hz, which is honestly pretty wild for a smartphone.

Apple had a few games to talk about around the iPhone 13 and its Apple Arcade platform, including the mobile versions of Apex Legends, Marvel’s Future Revolution, Super Evil Megacorp, and PUBG. But there were three games in particular that Apple was keen to highlight on the call.

MiYoHo was on hand to present upgrades to the iOS version of its megahit MMO Genshin Impact. Much of what MiHoYo was focused on was visuals and performance, pointing to the upgraded ProMotion Retina display on iPhone 13 Pro and the new iPad Pro. This new screen hardware provides a boost in frames up to 120 frames. This will come up a lot over the next few pars. Apple has hinged a lot of its gaming ambitions on its luxe new screen and graphics technology.

For MiHoYo, the process of securing Genshin‘s performance on iOS is more about cross-platform unification than anything else. Getting the mobile version to run as smoothly as it would on a high-end console, and opening up controller support makes the hop from one platform to another a short one. That’s crucial to a game like Genshin Impact, which wears its cross-platform ambitions on its sleeve. MiHoYo also indicated that Genshin‘s musical soundtracks would be remastered for the Apple Music store, taking advantage of the spatial audio tech across the iOS range. 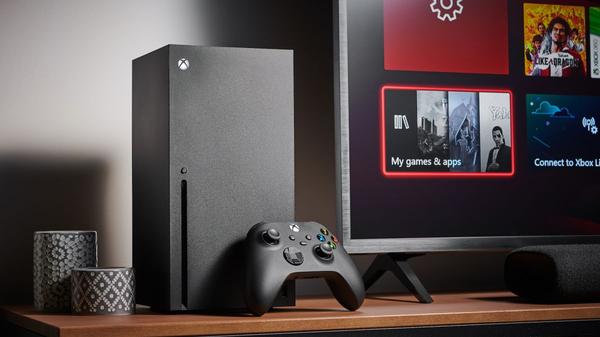 This one has been around a while, and is considering something of an Apple gaming mainstay. Despite its age, 2K was excited about all the changes it’s making to NBA 2K Mobile. The larger screen is clearly on 2K’s mind, and the jump in visual fidelity between the current version of NBA 2K Mobile and the version for the newer A15 Bionic hardware is fairly stark.

In terms of visuals, NBA 2K Mobile now features court reflections, reactive crowds and sideline players. Player animations are given extra fluidity by the improved 120fps frame rate. Again, these changes are all about experiential improvements. 2K confirmed during the call that it is also adding controller support to create a cleaner leap from console to mobile. While these details may be harder to pick out on the smaller iPhone screen, they should pop rather spectacularly on the iPad.

This was by far the most interesting game in the lineup, but also a clear and present Brand Exercise. The easiest way to describe this game is “a Disney MOBA”. It’s a fuzzy, friendly, accessible 3v3 MOBA title featuring characters from across the Disney and Pixar lineup.

Right away the call’s interest was piqued. MOBAs are typically home to the most hypercompetitive players on earth, brimming with sodium and ready to roast you in global chat. How does developer Mighty Bear Games hope to get around that? By simply playing nice. Perhaps it’s incredibly corny, but this is a MOBA for the whole family and that’s by design. From its simplified mechanics to its character roster, DMM is devoted to accessibility and bringing in new players to an extent perhaps not seen in a MOBA since Heroes of the Storm.

If you know anything about MOBA’s, you can see why it grabbed the assembled press’s attention right away. It feels ever so slightly out of step with what players usually expect from a MOBA, but it just doesn’t seem to care. The sense of identity is already there. DMM knows who it is for, and isn’t trying to cater to the hardcore.

Mighty Bear’s presentation was short of technical details, but a spokesperson was clear that controller support would be available at launch cross Apple devices. They also said that the game would benefit from ProMotion support for framerates up to 120fps.

We look forward to hearing the community discuss why Elsa is the meta pick, and why Timon is trash in due course.

Of the three games we saw, Disney Melee Mania is the only one not yet available. It does not yet have a release date, but indications are it won’t be far away.

Though this is pure extrapolation on my part, I think the takeaway from all this is pretty clear. Apple considers itself a growing force in the gaming space. It is increasingly confident you don’t need a console when you have one of its phones in your pocket. Beyond the power of its devices and the visuals developers can now wring from its API, Apple picked three games to show us that bridge a very specific gap. One a cross-platform MMO, another a confident mobile companion to a grander console experience, and a third that is attempting to transplant a PC mainstay to touchscreen devices. All three support play with a controller. All three have worked in features that core gamers consider important, like complex visuals at 60fps or above.

In short, Apple is feeling emboldened by its position in the gaming space. This comes at the same moment that core gaming mainstays like Xbox mount a push into cloud gaming that allow players to stream games onto their devices remotely. Apple has been notably bullish about this in the past, and you could read this sudden ratcheting of its gaming infrastructure as a shot across the proverbial bow.

We will watch the consumer response with interest

You can find out what’s coming to Apple’s latest devices, and what’s on Apple Arcade, at its official website.