Apple is planning an entire revamp of its Apple Watch lineup for 2022, including an update to the Apple Watch SE and a new Apple Watch with a rugged design aimed at sports athletes, according to respected Bloomberg journalist Mark Gurman. 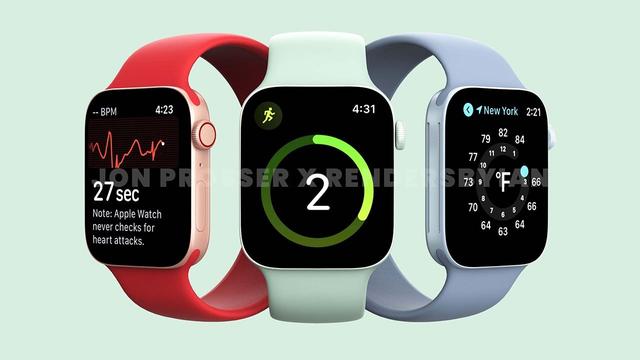 Apple typically doesn't update its "SE" devices, such as the iPhone SE, for several years. Given that Apple didn't announce an update this year, a new model can presumably be expected for 2022. Gurman didn't say what can be expected from the new ‌Apple Watch SE‌, but it may include a slightly tweaked design and health features more in parity with higher-end models.

Alongside an update to the existing ‌Apple Watch SE‌, Apple is planning an entirely new Apple Watch aimed at sports athletes. Bloomberg had previously reported that Apple recently considered launching a rugged version of the Apple Watch with bolstered durability. The new Apple Watch, according to Gurman, will feature a "ruggedized" design that may feature a case that's more resistant to scratches, dents, falls, and more.

Concept of a flat-edged Apple Watch allegedly based on real-life imagesApple currently partners with Nike for special ‌Apple Watch Series 7‌ and SE models that feature a unique watch face and come paired with special watch bands. Those models feature the same design and durability as the standard Apple Watch.