UFC Light Heavyweight Champion Daniel Cormier managed to lose 1.2 pounds in two minutes, and many believe a simple towel move may have done the trick.

Weigh-ins are always a huge deal in any combat sport, whether it’s the UFC, wrestling, or boxing. Cutting weight is a part of every sport, and those who participate tend to learn some tricks over the years they compete.

Whether they learn how to cut weight quickly by wearing trash bags, or certain scale tricks, everyone knows them, and that may include UFC Light Heavyweight Champion Daniel Cormier.

Cormier made waves Friday morning at the UFC 210 weigh-ins when he moved off the scale to allegedly drop 1.2 pounds and hit 205. After weighing in at 206.2 just two minutes earlier, already stripped down and hidden behind a towel, Cormier then hit 205 after his brief disappearance from the weigh-in room. 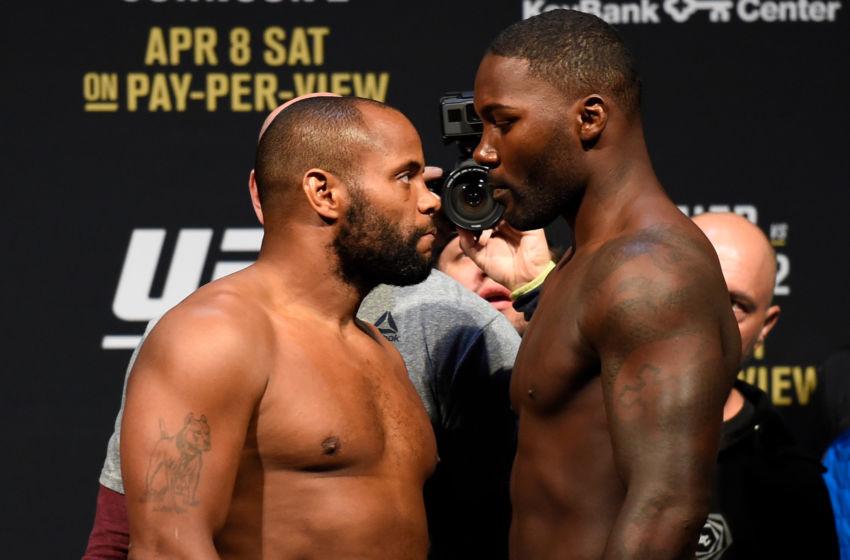 Cormier claimed to not understand what pushing down on the towel could do to a fighter’s weight, but as someone who has been weighing in — between wrestling and fighting — for at least 20 years at this point, he has to have learned some moves along the way.

It’s just one of the many tricks those stepping on the scale use throughout their sports, as the towel helps to take away some of the force of your body on the scale. People can believe that Cormier maybe just went to the bathroom quickly and came back, but when you’re not using your hands the first time and hit 206.2, and then hit 205 with your hands, something is up.

Reddit detectives are on #towelgate #UFC210 -> "With literally the smallest amount of pressure on my finger, wow." pic.twitter.com/kGHsaHuKmK

Some digital scales can create issues with weigh-ins, as they can easily be manipulated in different ways. One easy way on some scales to drop a few pounds is by favoring a certain corner of the scale to get rid of the scale’s balance, affecting its ability to zero out and give an accurate weight.

Other digital scales can be tricked simply by the movement or placement of a power cord, which can take tens of pounds off of someone weighing in. Also, the placement of the scale itself on a certain surface can fluctuate weights, and make you seem lighter than you really are with the lack of force.

Overall, it’s tough to believe a man who’s been weighing in since he was at least in high school doesn’t know of one of the oldest weigh-in tricks in the book. Or, maybe he just had to go to the bathroom.