Tempest Over a “Cheater’s Weight”

By David Hendin for CoinWeek …..

A scientist need not be chastised for every error. Neither should every archaeologist, numismatist, or historian. But when the error leads to lots of publicity and an internationally noticed erroneous report, it at least needs to be corrected. This is the case regarding a Judahite First Temple Period limestone scale weight discovered in Jerusalem but completely misunderstood by the authors who reported it.

The first reference to this incident that I have found was the September 2 Jerusalem Post, which reported:

Archaeologists have uncovered a weight used for trading in ancient Jerusalem that scholars believe was used to defraud traders. Found in the northern part of the City of David in Jerusalem’s Old City and dating back to 2,700 years ago during the First Temple period, the weight in question is just 14 mm in diameter and 12 mm in height, and is only the second one of its kind to have been found in Israel. Made of hard limestone, it contained engravings indicating it has a weight of two gerah, which equals 0.944 grams.

Despite this, however, the weight does not weigh two gerah. Rather the researchers found that it weighted at least 3.61 grams, over three times as much.

While this may seem odd, Hebrew University of Jerusalem’s Eli Shukron and Hagai Cohen Kolonimus say that the likely explanation is that whoever used this weight in commerce was using it to cheat people.

The professors concluded that because the weight in question had two parallel lines || that it represented the denomination of two gerahs, but fraudulently created to be MUCH heavier.

Indeed, it all makes a nice story, especially for release just before the Jewish New Year holiday. The authors and the media all cite the Old Testament, whose authors frequently rail against dishonesty in commerce, especially when weighting, a critical issue at the time:

“Do not have in thy bag diverse weights, a great and a small…” Deuteronomy 25:13.

It was not difficult to rub away a bit of an ancient weight, or to make one’s own that was just too light or too heavy. Thus, the Prophets had a dim view of dishonest weighing that often went along with buying and selling. The Prophet Amos condemns the people who cannot wait for the Sabbath to end so they can get back to making their dishonest profits because they “Make the epah small, and the shekel great, and falsify the balances of deceit.” Amos 8:5.

It was a good and upbeat message for the new year, be good, be honest. The story was so compelling that it was picked up quickly by LOTS of other outlets, including the Jewish Press, Times of Israel, Israel Today, Bignewsnetwork.com, World Israel News, and even Xinhuanet.com, a Chinese news service.

Unfortunately, the “fraudulently” marked weight at the center of the story was not fraudulently marked at all.

Egyptian hieratic numbers were used to identify ancient Judahite weights from the Iron Age. These numbers were usually engraved on the top of the dome-shaped, limestone weights, but many unmarked weights exist and there is evidence they originally had numbers painted on them. 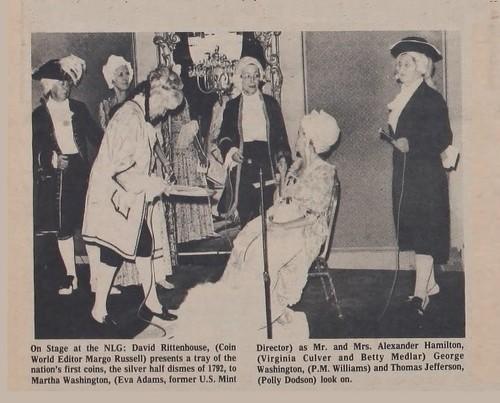 The hieratic number for 2 is indeed shown by two vertical lines. And this is the symbol that would be used to identify a two-gerah weight. Apparently, when the Israeli archaeologists saw the || they jumped to the conclusion that it stood for “two”. However, specialists in Judahite weights are also familiar with the hieratic number for 8, which is represented by two horizontal lines, sometimes, but not always, with small edges on one end to help distinguish it from the number 2.

The weight in question from the City of David excavation is reported to weigh at least 3.61 grams. Since, as the Jerusalem Post article points out, this is nearly four times the weight of two gerahs that is attributed to it, it MUST be a larger denomination weight. Multiplication shows us that the weight is in the neighborhood of six to eight gerahs. Since there are no known seven-gerah weights, one who understands these weights can assume that the weight was meant to be six or eight gerahs, but certainly NOT two gerahs.

What was interesting to me was that the researchers obviously referred to Dr. Raz Kletter’s groundbreaking book on the subject: Economic Keystones: The Weight System of the Kingdom of Judah (1998), because the Post noted that as a two-gerah weight, theirs was only the “second of its kind” found in an excavation in Israel.

Yet they did not check the same reference for any other small denomination weights with masses similar to the weight in question.

I asked Dr. Robert Deutsch about this misidentification since he holds a Ph.D. in archaeology from Tel Aviv University and is also a published expert in ancient weights and inscriptions.

“This is not the first time that unskilled excavators are publishing epigraphic materials with severe errors,” Deutsch said. He referred specifically to a similar error in reading a fiscal bulla, a seal impression also from the First Temple Period and also found in the same area of the City of David excavations, which was published incorrectly and later corrected by both Deutsch and Dr. Gaby Barkay.

Deutsch believes that some archaeologists continue to stubbornly “refuse to consult unprovenanced material” even it if would be helpful to them. Large numbers of unprovenanced ancient objects are located in public, private, state, and university collections, and have often been published in more accessible formats than objects found in excavations.

To me, the most fascinating part of this whole story is that if an expert in Judahite scale weights had been consulted regarding the 3.61-gram scale weight marked ||, then she or he would very likely have rotated it by 90 degrees and said: “This is more likely an eight-gerah weight because of its mass and inscription.”

Since most published eight-gerah weights are, however around 10-20 % heavier than this particular weight, we should consider the possibility that the weight was used fraudulently in the marketplace.

It would have been a very modest fraud, like the butcher slipping his thumb on the scale to add a quarter or half a pound to the price of your order. Similarly, the owner of this scale could have passed off a measly 3.61 grams of silver as eight gerahs (either 3.84 or 4.56 grams).

In fact, if I was writing an article about it, I would have likely quoted The Code of Hammurabi (Section 94), which refers specifically to weighing transactions by merchants (called tamkaru [tamkarum, singular] in Akkadian):

“If the tamkarum tries to practice fraud with weights, he loses everything he has lent.”

Parts of some CoinWeek articles may be adapted from my previous articles or my Guide to Biblical Coins.

David Hendin is First Vice President and an Adjunct Curator at the American Numismatic Society (ANS). Send him your questions at [emailprotected] and he will try to answer questions of general interest in this space in the future.

Tags:  how much does a gram weigh on a digital scale