One Reason Coffee Is Hard to Make: How Much Is a Cup?

On paper, making coffee should be like following the easiest recipe in the world: Ground coffee plus hot water equals delicious, right? Unfortunately, that perfect cup can seem pretty elusive, even to seasoned recipe-followers.

"A cup" is actually not an internationally recognized standard of measurement, so it's an inconsistent unit in coffee recipes, despite being the most common one used. (Just check out the instruction manual that came with your Mr. Coffee pot.) 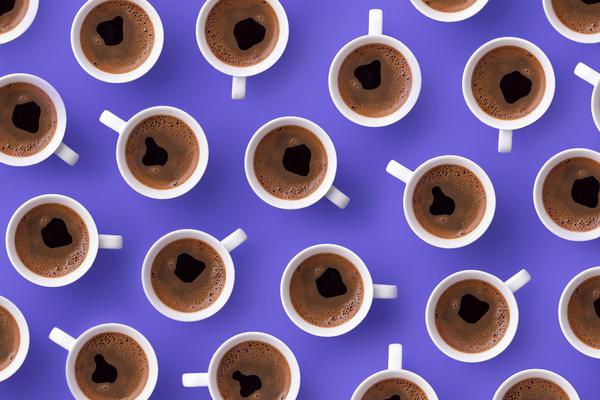 Check it out: The metric system—preferred in most places worldwide—declares a cup to be 250 milliliters (about 8.45 fluid ounces), though the accepted standard cup in American measurement is a solid 8 fluid ounces. Meanwhile the "legal" American cup (used for nutritional information) actually tops off at 8.12 ounces (240 milliliters).

To further complicate things, according to the Japanese, a cup is staunchly 200 milliliters (6.76 ounces), but the instructions that came with your Chemex brewer insist it's 5 ounces (about 148 milliliters).

Confusing, right? What's a coffee lover to do?

Instead of futzing with measuring cups, use a scale: The ideal coffee-to-water ratio is 1.5 to 2 grams of whole-bean coffee per 28 grams of water (adjusting to taste, naturally). Which means you would need anywhere from 26 to 32 grams of coffee to brew 16 fluid ounces (448 grams) of joe—which, by the way, is a fairly standard "mug" size in the U.S.—not to be confused with "cup" size!

Scales are the most accurate way to brew coffee—not to mention cook and bake—and can be picked up for relatively cheap from Amazon.com or at restaurant-supply stores. (Try to find one that can read to the tenth of a gram, for real geeked-out accuracy: I love the ones I've gotten from American Weigh.)

That said, if you're totally resistant to using one first thing in the morning (pre-caffeine, no less), remember that a heaping tablespoon of coffee beans is roughly the equivalent of 5 grams. But I'll leave the rest of that math up to you.

Tags:  how much does 1 gram weigh on a digital scale