Milwaukee, WI, USA — Recently, Dr. Kristin Ihle Molinaroli, president of the Fortune 500 consulting firm Avant, sat down with Enterprise Radio podcaster Eric Dye to talk about why it’s so important for both employers and employees to rethink the way people approach goal achievement in our current results-driven culture.

Enterprise Radio, the signature show of the Enterprise Podcast Network, features insights from some of the most notable minds in business strategy today. With 30 years of corporate coaching under her belt and a Ph.D. in multicultural psychology, Molinaroli — a self-professed “goal sherpa” — is uniquely positioned to explain why the ultimate measure of success or failure is less a matter of simply focusing on outcomes and more a matter of understanding and adapting process.

Whether we’re looking at results through a corporate lens or from the perspective of what confronts us in our daily mirror, Molinaroli believes setting goals and achieving them is hardwired in human DNA. “We’ve engaged in goal-directed behavior since the beginning of time,” she points out, “but I think now, in the world of technology and at this current speed of things, it can create a lot of angst.”

As technology and expectations continue to accelerate, Molinaroli sees people increasingly struggling to keep up. “I think this new pace really accounts for a large portion of the difference,” she says.

Slowing Down, Stepping Back, and Reframing Perspective

Molinaroli notes that much of the advice she gives on reframing goals is pretty much common sense. “It’s fairly intuitive,” she admits. “It’s not rocket science but people still tend to get bogged down. It’s easy for them to get lost in the enormousness of goals, the expectations of big outcomes … Again, as simple as it sounds, it’s my job to help them slow down — which is really hard to do, and focus, also hard to do, and reframe their goals into manageable segments.”

If you look at a larger than life outcome goal as a metaphoric meal — whether that goal is making an Olympic team, rolling out a successful CRM, or losing 50 pounds — Molinaroli suggests you’ll achieve much better results by taking micro bites rather than trying to down the whole thing in one big gulp. “If you have to eat an elephant,” she wryly observes, “you can’t do it in one sitting.”

Along with learning to take incremental steps, the other key factor in helping people “achieve the unachievable” is by teaching them to understand how enabling forces and inhibiting factors figure into the big-goal picture.

“It’s a matter of looking at process versus outcome,” Molinaroli explains. “Now, everybody needs measurables outcome. You can’t go to a board and say, ‘We’re really just going to focus on effort and we hope we make our targets.’ It doesn’t work that way.” That’s why focusing on the habits that go into achieving a desired outcome is so crucial.

However, Kristin Ihle Molinaroli explains that looking at a goal from a simple A + B = C perspective doesn’t take into account real-life variables over which you might or might not have control. When you add A to B, you have to consider the process steps of what it actually takes to get to C before you can accurately measure the results — and that’s often a much more complex equation.

Back in her undergraduate days and during her post-grad career, Molinaroli (then competing as Kristin Ihle Helledy) was a seven-time All-America, so athletic references take up more than a few pages of her coaching lexicon. She says by looking at the extensive research on children in sports and intrinsic motivation, we can gain valuable insights on process as opposed to outcome indices.

Using a 9-year-old shortstop who misses a ball due to a bad bounce on the infield as an analogy, Kristin Ihle Molinaroli extrapolates two ways to address the situation: “You can be an enabler, offer reinforcement on what is controllable (process)… Say, ‘Hey, you know what? The ball took a bad bounce but you did bend your knees and get into the right position, which gives you a better chance of getting to it. But the bad bounce took that away. Or, you can address the outcome and say, ‘You didn’t get that out at second base.’” While the approach in address differs, the outcome is the same, explains Molinaroli.

“The former is about effort, behavior, and technique – controllable, while the latter is a fairly binary outcome.” Clearly, if the ball took a bad bounce and wasn’t caught, the shortstop didn’t get it to second base in time to make the play but you want to reward the process – getting into the proper infield position. “Both responses reflect the same outcome but which one do you think your 9-year-old self would find inspiring?” she asks.

Reflecting on process in relation to anticipated outcome is what progress reviews are all about. In terms of the athletic world, it’s analyzing the practice and postgame films and breaking down the players’ habits. “Businesses do it in red, yellow, green reviews,” Molinaroli says. “That allows us to assess what’s working and course-correct when things don’t go as planned. Again, it sounds simplistic but underneath it is a pretty clear dedication to focus, refine, and review … and it takes a lot of time and energy.” 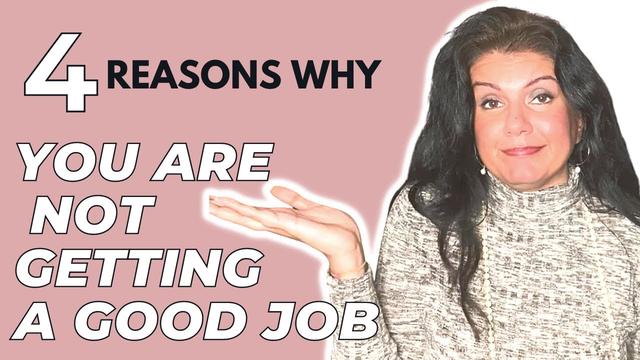 Whether the arena is sports, business, or home, no one can predict when a bad bounce will come along. And for that reason, no outcome is ever 100% guaranteed. However, with mindful coaching, athletes (corporate and otherwise) can be trained to think faster on their feet, to become more efficient and flexible — and that’s going to help them be better able to field unexpected situations as they arise.

Even Basic Goals Can Be Broken Down Into Actionable Steps

Of course, not every achievement is about tackling what Kristin Molinaroli calls the “BHAG” — aka Big, Hairy … Goals. (“You can come up with the ‘A’ on your own,” she quips.)

“Sure, folks go after monumental goals, but it’s often some of the basic goals that are the hardest to close on,” Molinaroli reflects. As her next example, she cites one of the most universal things people strive for: weight loss.

With permission, Molinaroli shares the saga of one friend’s struggles to reach and maintain a healthy weight. Like many others, the woman had tried her luck with most of the major weight loss entities on the market without success. Frustrated, she finally turned to Kristin Molinaroli for help. In describing their conversation, Molinaroli says if you think about process versus outcome, the incremental will quickly become obvious.

“She’d previously been active and was an athlete in high school,” Molinaroli explains. “Exercise and good habits weren’t foreign to her, but she just couldn’t follow through. Even with all the best intentions, lots of things got in the way … Enablers and inhibitors, right?”

Molinaroli was able to determine that no matter which method of weight loss her friend tried in the past, the one commonality was that she measured her success and failure based solely on the numbers. “She’d step on a scale and it would tell her what her weight was, and that in turn would tell her whether she was doing the right things or the wrong things. But it was very binary. Either you lose weight or you don’t.”

Rather than a help, the scale was an inhibitor, so Molinaroli challenged her pal to put it away for a month and change the game plan. “We got rid of some of the outcome elements that were getting in her way and not motivating her,” she explains. “Rather than saying, ‘I want to lose X amount of weight,’ we focused on energy, mental acuity, and the ability to be present with her family at the end of the day instead of maybe cranky or tired. We reframed her goals around healthy habits, and we broke it down to such basic steps that we set her up for success.”

One of the tools they used to track her friend’s progress and offer feedback was LUMEN, the patent pending technology created by Molinaroli to enhance goal achievement. By analyzing the data around negative habits as well as healthy ones, they were able to come up with a workable routine that evolved incrementally as her friend built her success on a foundation of small, positive steps.

One year later, and Molinaroli reports her friend is still going strong. “She’s walking five days a week on the treadmill, weightlifting at the gym. A lot of things she just couldn’t stick with before, she’s sticking with now,” says Molinaroli, adding, “and the best part is, she’s bringing other people along in her journey.”

Final Thoughts on “BHAG” and “Eating the Elephant”

Parlaying her successful track record both in her athletic career as Kristin Ihle Helledy and her business endeavors at the helm of Avant, Molinaroli directs her last bit of advice to anyone planning to launch a new venture.

She cautions that while the first instinct might be to live and die by those “BHAG,” with the ever-increasing distractions of new technology and the breakneck pace of the world, newcomers are better served by staying true to their core mission. “Beware diffusion of focus,” she warns, “and keep your eye on what you truly have passion for.”

Choosing key backup players strategically and judiciously will also be crucial to the success of your endeavor, “but definitely involve people to help you along the way,” she says.

And, while it might sound counterintuitive, since healthy competition enables rather than inhibits growth, Molinaroli recommends tossing a few competitors into the mix. “Some of the most important people to involve would be contrarians and competitors,” she says. “They’ll make you better.”

The final word? “I think when people are clamoring for BHAG … personally, athletically, in business, I’d tell them to pause — truly pause — focus, and break it down. If you’re going to eat that elephant, find a way to eat it incrementally.”