There's only so much your smartwatch can tell you, so Fitbit has launched a new – and, maybe more importantly, cheaper – smart scale to add weight and BMI information to your overall health picture. The Fitbit Aria Air joins its more expensive siblings with a sub-$50 price tag, promising Bluetooth connectivity to your smartphone and the ability to measure and track multiple fitness metrics.

As you might expect from the price, Fitbit Aria Air is focused on the basics. The smart scale measures weight, unsurprisingly, and then BMI, or body mass index. That combines the resistance of the body's make-up of fat and muscle, with your overall weight, to estimate how healthy you are overall. 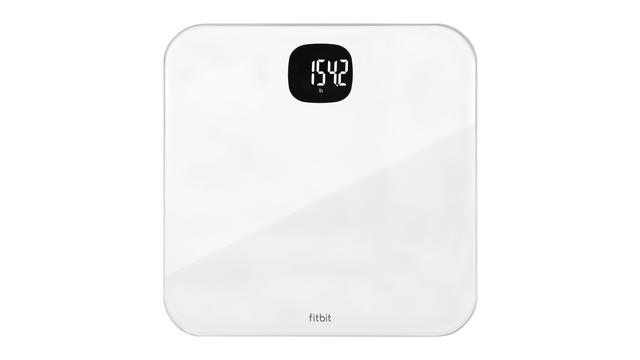 BMI isn't perfect – there's plenty of controversy over its fairly broad categories of underweight, normal weight, overweight, or obese, and how such general measures can skew membership in each of those groups – but it's a useful rule of thumb all the same. Not only can the Aria Air calculate and log that, it can share the numbers with the Fitbit app. There, they can be combined with other tracked data.

For example, it's possible to create a weight goal in the app, use it to log food consumed, and then track progress of weight and body fat percentage. Calorific burn in real-time, along with the impact of sleep trends on how your weight varies, is also possible.

If you're a Fitbit Premium subscriber, when the new subscription service goes live later this year, Aria Air data will also be integrated there too. Fitbit will be able to use it for the one-to-one personalized coaching service it plans to launch as a pilot in the US later in 2019. That service – which will see exercise and fitness experts give customized advice and training support – is expected to go fully live in 2020.

What you don't get, compared to the Fitbit Aria 2, are some of the more advanced features. The design is a little less impressive, and Aria 2 is able to recognize up to eight different people automatically. Where Aria Air uses Bluetooth alone, the Aria 2 can log into your WiFi network to synchronize its collected data.

The upshot is the price. Where an Aria 2 will set you back $129.95, the new Fitbit Aria Air will be just $49.95 in white or black. The smart scale will also be offered free through Solera Health, through its diabetes prevention and chronic disease management.