Column: So who won the L.A. mayoral debate? Here’s what some voters are saying

The mayoral debate Tuesday night began on the obvious topic.

But did anyone hear a compelling strategy from the top five candidates to replace Los Angeles Mayor Eric Garcetti?

“It’s really easy to say, ‘Get people off the street,’” said West L.A. software developer Mike Eveloff. “It is another thing to have a specific set of actionable steps to get it done on time and on budget.”

My debate watchers, in addition to Eveloff, were Jennifer Lahoda, president of Pacific Resource Recovery and a member of the Boyle Heights Chamber of Commerce; Ron Gochez, a history teacher at Dr. Maya Angelou Community High School and vice president of the South Central Neighborhood Council; Yi Ding, Cal State Northridge librarian and coordinator of the Civic and Voter Engagement program; and Mike Washington, a retired pharmacist and West Adams resident.

In defense of the candidates, a televised 90-minute debate isn’t necessarily the right forum for laying out specifics on how to address a massive humanitarian crisis that has, for a thousand different reasons, festered for years.

But Eveloff’s point is understandable, especially given the promises candidates seem to be pulling out of thin air, along with generic proclamations that come off as stale. Bass said she’s going to build 15,000 units in the first year. Caruso spun a wheel and came up with 30,000.

“I don’t know if a substantial amount of voters will buy Caruso’s ability to make things happen,” saidWashington, who referenced billionaire and former New York Mayor Michael Bloomberg’s promises as a failed candidate for president.

Lahoda didn’t hear what she was looking for as the candidates debated homelessness.

“I believe we need to have a leader who will dig deep and address the root causes of homelessness,” she said, “which include mental illness and drug addiction, but more broadly it is an issue of living wages, food insecurity, affordable housing, affordable child care and affordable and accessible healthcare.”

On the subject of crime, Washington heard what he called “a lot of fear-mongering,” especially from Caruso and Buscaino. “They are both suggesting that anything but an absolute increase in police officers to pre-pandemic levels would guarantee a rise in violent crime.”

How bad is crime in L.A.? Here are the numbers behind the mayoral race rhetoric

Many of the candidates talked about an uptick in crime during Tuesday’s debate. 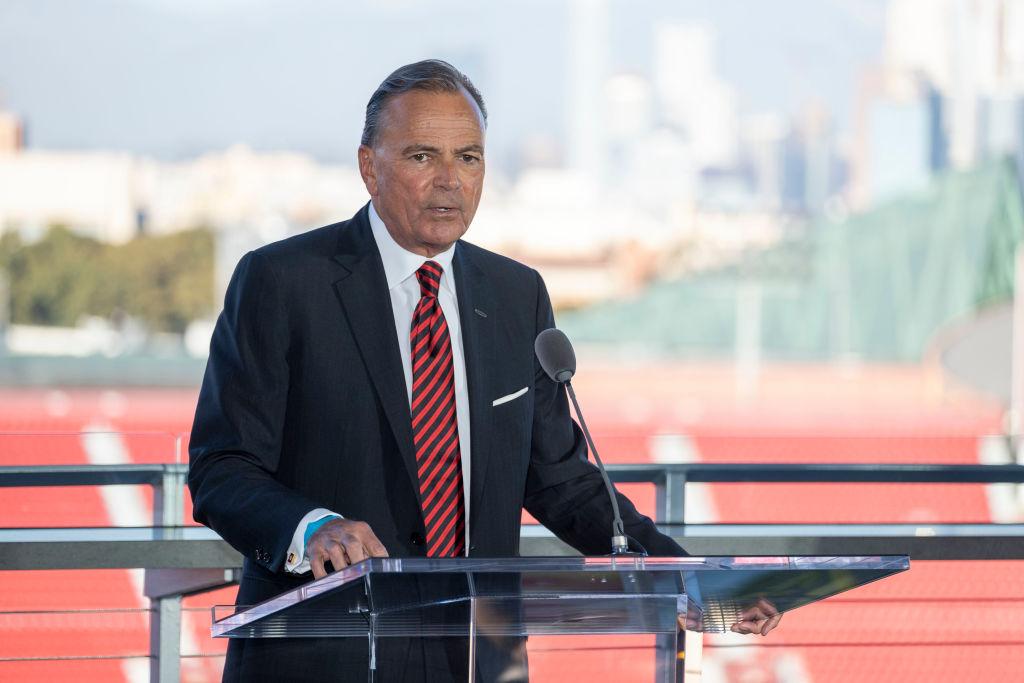 “It is shortsighted to say that the crime issue is simply a police issue. It is tied to the very same root causes of homelessness — poverty, lack of access to basic necessities, lack of living wages, etc. Crime is a symptom of a larger issue.”

Whatever the cause, fear of crime is real in some quarters, and Eveloff took issue with Bass saying that on a scale of 1 to 10, with 10 being the safest you can feel, she’s a 10.

“Really?” Eveloff said. “I don’t. Not sure anyone I know feels safe.”

Ding weighed in on that.

“As an Asian American witnessing physical attacks on my community, I see public safety as the top priority,” she said. “Among all the answers given by the candidates, I particularly appreciate that Bass recognized the different needs of individual communities and that Feuer gave concrete measures.”

Gochez was not dazzled by anyone, though on homelessness and housing, he found DeLeón and Feuer to have “a thought-out plan to address both issues.” Gochez said Democrats have made the same promises in each election cycle, but problems have only gotten worse, and he reserved his sharpest dart for the non-politician in the race.

“Caruso is one of the biggest developers and gentrifiers, who is staunchly against rent control, so having him be responsible for the housing crisis and homelessness is like making an arsonist the chief of the Fire Department,” Gochez said.

Get the lowdown on L.A. politics

In this pivotal election year, we'll break down the ballot and tell you why it matters in our L.A. on the Record newsletter.

You may occasionally receive promotional content from the Los Angeles Times.

Eveloff said before the debate that in recent history, L.A. politicians “have followed through on few of their promises, and it is showing. They have allowed things to get so bad, it is tough to see a viable solution.”

Caruso, as an outsider attacking corruption and ineptitude, scored points with Eveloff.

“What is interesting,” Eveloff said, “is that Caruso is handling the debate well. He is holding his own with career politicians.”

Ding thought Feuer had the most “elaborate and concrete answers” on housing and economic opportunity.

For Lahoda, “I was most impressed with Karen Bass overall. That said, it would have been nice to hear more from her and others on specific policies and actions.”

And Washington came to this conclusion after watching the debate:

“Karen Bass has conspicuously avoided volleys of personal attacks by the other candidates. She seems to be the most capable and informed of the current candidates, and I believe more voters will think that she is best armed to get the job done.”

Many thanks to all my debate watchers, but now there’s one more to hear from with the primary a little more than two months away.

Buscaino and Feuer, for various reasons, have big hills to climb, and Feuer flubbed a question about his favorite athlete when he said it’s Mike Trout of the Angels. Unless Feuer intends to run for mayor of Anaheim, the correct answer is either Clayton Kershaw or Mookie Betts of the Dodgers. As for De Leon, I’m not sure he can gather enough support or money to make it around the bases.

I can’t turn on my computer or television without seeing an ad for Caruso, and though I don’t know that he can do any better than the career politicians he rips, he has already bought his way into contention. And he looked composed enough last night to give fits to all the other candidates.

Anything can happen in two months, but Bass was generally strong and steady in the debate, and if there’s such a thing, she looked the most mayoral.