An attack at a Spokane Valley home early Sunday left a woman dead, one son on life support and a second son with a slashed neck.

The suspected killer was identified as 39-year-old Jan DeMeerleer, the woman’s ex-fiancé.

He was found Sunday evening inside the garage of his home in the Northwood area of Spokane Valley, dead from an apparent self-inflicted gunshot wound, Spokane sheriff’s investigators said.

The mother, who was found dead on the kitchen floor of her duplex at 622 N. Ella Road, was identified by friends and neighbors as Rebecca Schiering.

Schiering, a mother of three in her mid-30s, was owner of The Reclothery, a consignment clothing store at 613 S. Washington St. in Spokane.

DeMeerleer and Schiering had been in a relationship and living at DeMeerleer’s Northwood home in the 8300 block of East Brant Lane until about six months ago, when Schiering and her children moved into the duplex on Ella, according to investigators and neighbors.

The neighbors and a friend said that Schiering moved out after one of the twin boys, who was autistic, was injured by DeMeerleer in a domestic violence incident. Recently, neighbors had seen another man helping Schiering in the yard at the duplex.

Sheriff’s Sgt. Dave Reagan, spokesman for both the Spokane County Sheriff’s Office and Spokane Valley police, said DeMeerleer reportedly suffered from bi-polar disorder, according to people who knew him.

Spokane Valley police were alerted to the attack by Schiering’s 17-year-old son, who called 911 shortly before 3 a.m. and said he’d been awakened by DeMeerleer trying to slash his throat.

The boy, who survived the attack, found his mother dead on the kitchen floor from an apparent gunshot wound. When police arrived at the home, they found one of the woman’s 9-year-old twin boys also had been shot in the head but was still alive, authorities said.

The boy was in critical condition and on life support at a Spokane hospital Sunday evening but had been declared brain dead, Reagan said. 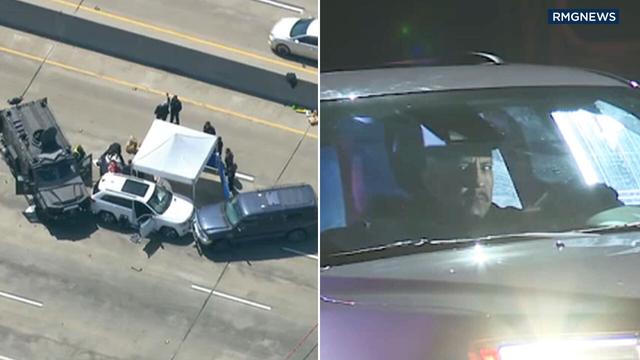 The teen with the neck wound was treated at a Spokane hospital and later released, Reagan said.

Neighbors said the teenager had not been living with his mother recently but apparently was there for the night.

Authorities initially thought he might be hiding there. Instead, SWAT team members found DeMeerleer’s body in the garage.

DeMeerleer, a mechanical engineer, was hired in 2007 as a project manager at Advanced Input Systems in Coeur d’Alene, according to an announcement at the time. He had previously worked as operations manager at ReliOn Inc. and was a 1994 graduate of Purdue University.

Records show he was divorced from Amy DeMeerleer, of Spokane, in 2004.

The attack prompted authorities to use a new enhanced 911 feature that sent warning calls to about 100 homes in the Northwood area to alert neighbors to the potential danger, since DeMeerleer was believed to be armed. Dispatchers reported that the call-back system successfully alerted at least 90 of the households.

Schiering had overcome homelessness and personal challenges with addiction to regain control of her life in recent years.

Deena Caruso, a vintage clothing and jewelry retailer in Spokane, described Schiering as “a wonderful mother.”

“She was so strong and independent. She was a giver,” Caruso said.

Schiering belonged to the Exchange Club and was involved in fundraising for Vanessa Behan Crisis Nursery, Caruso said.

She said Schiering moved out after a domestic incident involving one of her twins because she wanted to make sure her children were safe.

DeMeerleer’s personal profile on a popular social networking website indicated he sought to put his family before his career.

“I’m first and foremost a family man … love my kid and potential step children,” he wrote on his Facebook profile page.

“Fatherhood suits me well. Immediate family is the primary focus of my life … my career is second.”