A normal or ideal blood pressure is considered to be between 90/60mmHg and 120/80mmHG, but last year researchers from Norway, who tracked 6,381 women and 5.948 men from the age of 41, found that even mildly elevated readings of 130-139 mmHg over 80-89mmHg were a stronger risk factor for heart attack over the next 16 years in women than in men.

“The results add to evidence indicating that high blood pressure has particularly unfavourable effects on women’s hearts,” wrote Ester Kringeland of the University of Bergen, lead author of the paper, published in theEuropean Journal of Preventive Medicine.

While hypertension is one of the most important controllable risk factors for heart disease, it is often ignored or remains undiagnosed. In theLancet report, levels of diagnosis, treatment and control of hypertension in Ireland were concerning — more than half (56%) of the women had been tested for high blood pressure, compared with 86% in the US and 87% in Germany. According to the Irish Heart Foundation, about half of adults in Ireland aged over 45 years have high blood pressure, but about two in every three women (compared with four in every five men) are not being treated.

Why are women more at risk from raised blood pressure? According to Kringeland, there are likely to be some differences in the way small arteries respond to hypertension in men and women. “Young women have on average lower blood pressure than men, but a steeper increase is observed in women starting in their third decade of life,” she said.

It follows a 2020 study that suggested blood pressure begins to increase at younger ages in women than men and goes up at a faster rate.

Complications with pregnancy and hormonal changes during the menopause can also affect blood pressure, but the Irish Heart Foundation says poor lifestyle habits remain the biggest enemy. Drinking too much alcohol, consuming too much sodium, being overweight, and not eating enough fresh fruit and vegetables can all increase in blood pressure.

Here’s what you can do to keep your blood pressure in check:

Take your own readings

Monitors that allow you to measure your blood pressure at home are cheap. The Irish Heart Foundation says they can help you keep tabs on your readings. If you already suffer from high blood pressure and are thinking of purchasing a BP monitor, it recommends checking stridebp.org, an international non-profit organisation on a mission to improve the accuracy of BP measurement and the diagnosis of high blood pressure. 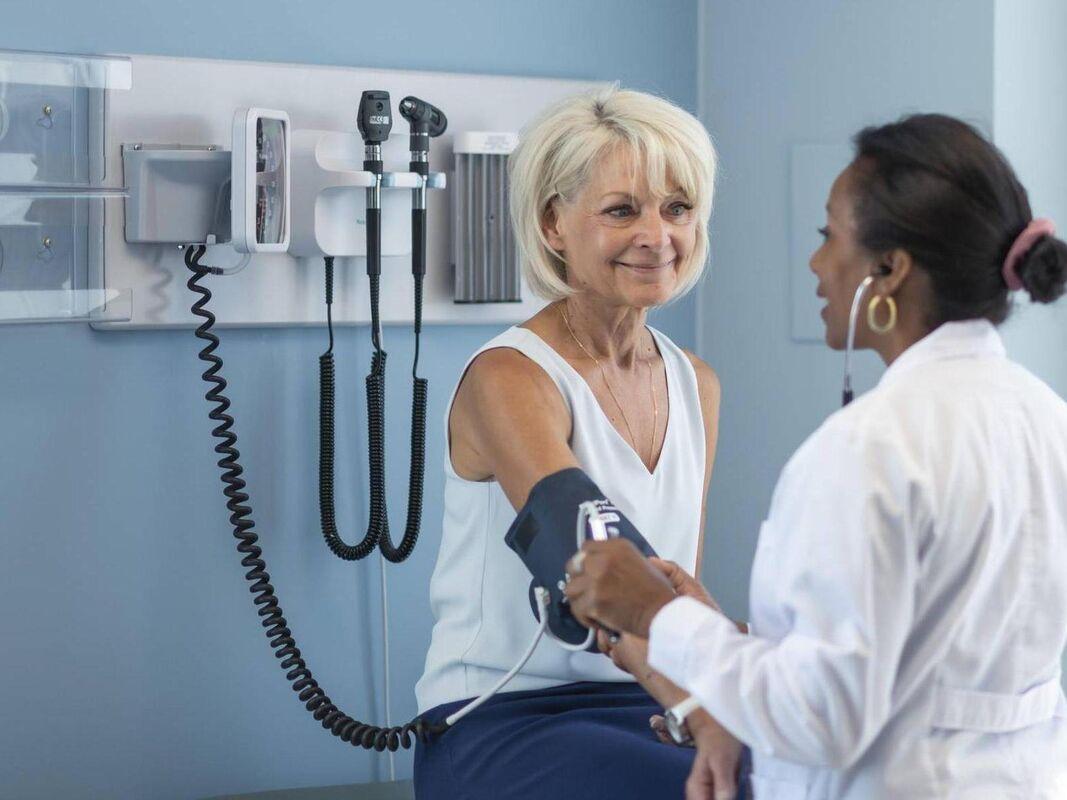 A one-off high reading is generally nothing to worry about as blood pressure ebbs and flows, but the IHF advises that you should see your GP or practice nurse if BP remains elevated for two or three weeks.

Cut down on salt

Our average daily salt intake is approximately 10g for adults. According to the Food Safety Authority, we all need to cut it down as “these intakes are well in excess of physiological requirements” and high salt diets are known to negatively impact blood pressure. Studies on communities with low salt intakes have shown blood pressure does not rise with age. An achievable daily target for the adult population is 6g salt per day or lower, says the FSA.

Last year, a study in theBMJ found female smokers who increased their daily consumption of cigarettes had significantly higher systolic blood pressure, generally considered a better predictor of health risk than men who increased their smoking consumption. However, in a 15-year follow-up, male and female smokers who managed to quit had the largest blood pressure improvements of the smoking cohort.

A study involving more than 17,000 adults presented to the American College of Cardiology in 2019 found that even moderate alcohol consumption, 7-13 units per week, caused a significant rise in blood pressure. Researchers from Wake Forest Baptist Health academic medical centre said alcohol’s activities in the brain and liver could contribute to spikes in blood pressure. The best advice? Cut down on the amount you drink.

Walking, running, swimming, and cycling are aerobic activities that remain important for controlling and lowering blood pressure. Isometric exercise — a static hold in which muscles are contracted against an immovable object, such as wall sits, planks, glute bridge holds — are recommended by University of Oxford researchers who looked at the effects of a range of activity on hypertension for a 2022 review in theEuropean Journal of Preventive Cardiology.

“For people with normal or mildly elevated blood pressure, there’s some evidence that isometric exercises can lead to greater reductions when compared to other forms of strength training or even aerobic activity,” says Prof Paul Leeson, lead author.

7 dental mistakes you might be making – and how to fix them
Tags:  is blood pressure monitor eligible for fsa