An important use case for menstrual cycle monitoring is fertile window tracking, whether the aim is to get pregnant or to avoid pregnancy. Besides fertility awareness, women’s motivations to monitor menstrual cycle include various other reasons, such as being prepared for an upcoming menstruation or understanding different body reactions in different cycle phases [1]. Menstrual cycle also affects other areas of women’s lives, such as sleep [2], sensitivity to drugs [3], craving for smoking [4], craving for food and food intake [5], and subjective stress responses [6], and causes symptoms such as irritability, depressed mood, swelling, and headache in premenstrual phase.

Fertility awareness-based methods including both non-usage of technology, such as different calendar methods and following vaginal secretion, and usage of technology, such as basal body temperature (BBT) measurements, are based on the following of physical symptoms experienced throughout the menstrual cycle [7]. Women’s BBT curve is typically biphasic, as the temperature is about 0.2–0.4 °C higher in the luteal (post-ovulation) phase compared to the follicular (pre-ovulation) phase. Progesterone, as a thermogenic hormone, is considered to be responsible for the rise in BBT that typically occurs at 1–3 days post ovulation. Though utilizing body temperature is mostly used in detection of fertility related phases, few studies have also used it in prediction of menstrual cycle length or the start of menstruation [8, 9]. 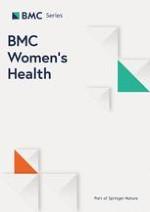 Most of the studies using different kinds of skin-attached temperature sensors assessing menstrual cycle and conducted under laboratory conditions with a few hours of measurement time once or twice per follicular and luteal phase have not found any differences in skin temperatures between menstrual cycle phases [20, 21]. However, in ambulatory studies, skin temperatures have been found to have a biphasic temperature property, with higher values in the luteal phase and lower values in the follicular phase [9, 11], and to be in phase with oral temperature measured in the morning [11].

Nowadays wearable sensors such as armbands, bracelets, and earbuds measuring nocturnal temperature have entered fertility awareness-based methods and industry offering more effortless ways to track menstrual cycle. To date, only a limited amount of studies have been conducted using these wearables. A wrist-worn armband detected biphasic skin temperature patterns in 82% of the ambulatory measured menstrual cycles with significantly higher average temperatures in early-luteal and late-luteal phases compared to the menstrual phase and 86% of the BBT shifts occurring after ovulation [22]. The most recent studies utilizing wearables in ovulation or fertile window detection and prediction have utilized also different kind of statistical models [23] and machine learning algorithms [24]. However, performance comparison to accurate reference measurements is lacking [25].

Tags:  what does ee mean on omron blood pressure monitor