Mobvoi TicWatch E3 with Wear 4100 chip is official from today

Mobvoi has made its latest smartwatch official today. TicWatch E3 packs the 4100 Qualcomm chip along with 1GB RAM and 8GB of on-board storage.

The timepiece arrives on the heels of the TicWatch GTH. That one was launched globally in April but has been available in China since the start of the year. The most novel aspect of the square shaped GTH is its skin temperature tracking functionality which works around the clock. The same is the case for blood oxygen levels. Otherwise the low-cost device comes with all the usuals.

The Ticwatch E3 is the long-anticipated successor to the E2. Originally unveiled at CES 2019 alongside the S2, the timepiece was well due for an upgrade.

The underlying specs of the E2 are decent for a budget timepiece. It comes with a polycarbonate build, 1.39-inch 400×400 AMOLED display and a swim-proof design. Under the hood is 512MB of RAM and 4GB of internal memory. The usual fitness tracking tech is also part of the package, including a heart rate sensor and built-in GPS/GLONASS/Beidou. But now we have a new and improved version of the same.

The TicWatch E3 benefits from some design enhancements. For starters, at 44 x 47 x 12.6 mm, the device is less bulky. This allows for a very lightweight device. The E3 weighs only 32 grams. Also, while the previous edition had only one physical button on the right, the new one has two which should make for easier navigation. 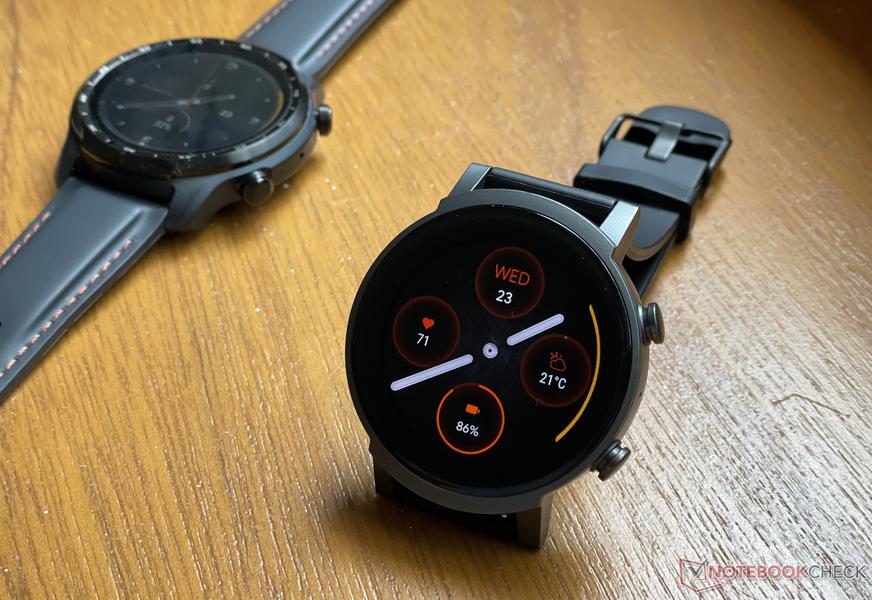 The polycarbonate and glass fiber case holds a 1.3 inch 2.5D curved High Density display. This features a pixel resolution of 360 x 360. The straps can be easily exchanged thanks to the quick release mechanism. You can also choose from lots of watch faces to make the device totally your own.

This is a Wear OS watch, of course. The big question is whether it will support the third generation of Google’s operating system which is expected to feature some bits and pieces from Samsung and Fitbit platforms. If Mobvoi want’s to push the sales of this watch, apart from the attractive price-tag it needs to reasure potential buyers that it will.

The tech is certainly there to support it. The E2 runs on the old Qualcomm 2100 chip. The good news is the E3 is skipping a generation so will pack the 4100 processor along with 1GB RAM and 8GB ROM. This should offer quite a boost in performance and will be Mobvoi’s second watch with the chip (alongside the TicWatch Pro 3).

Under the hood is also an accelerometer, gyroscope, heart rate sensor, SpO2 sensor, Low-latency off body sensor, sattelite positioning tech. Next to them is an NFC chip for contactless payments.

More than 20 professional workout modes are supported by Ticwatch E3 including swimming and high-intensity interval training (HIIT). In addition to auto-recognizing workouts and basic activity tracking tech, you get sleep tracking, all day stress and blood oxygen monitoring.

The IP68-rated watch also has a microphone and speaker, for taking smartwatch calls and accessing the smart assistant. As before there’s music storage space and maps.

Now for the bad news. As with all Wear OS watches, battery life is not that great. Hence, the sizable 380mAh battery will only keep things going for about two days. The Essential Mode should therefore come in useful. It kicks in automatically when the battery level drops below 5%.

Here are the full technical specs.

This certainly sounds like a worthy effort from Mobvoi. The E3 comes with most of the specs of TicWatch Pro 3 but lacks the secondary display. This means the watch can be picked up for a very reasonable $199 (check price on Amazon). Stocks are already in so those who purchase can expect immediate delivery.

Tags:  what does e3 mean on blood pressure monitor