EYVA: World's first non-invasive glucose monitor could cost the equivalent of just over US$200 - no blood required but it's not medical grade

Progress with the EYVA healthtech gadget seems to be going ahead after BlueSemi exhibited the device at the recent CES show. Billed as the world’s first non-invasive glucose monitor, EYVA is actually capable of taking six biometric readings within just 60 seconds: blood glucose, temperature, ECG, heart rate, SpO2 for blood oxygen, and blood pressure. The gadget was created by BlueSemi, which is a healthtech startup based in Hyderabad, India. 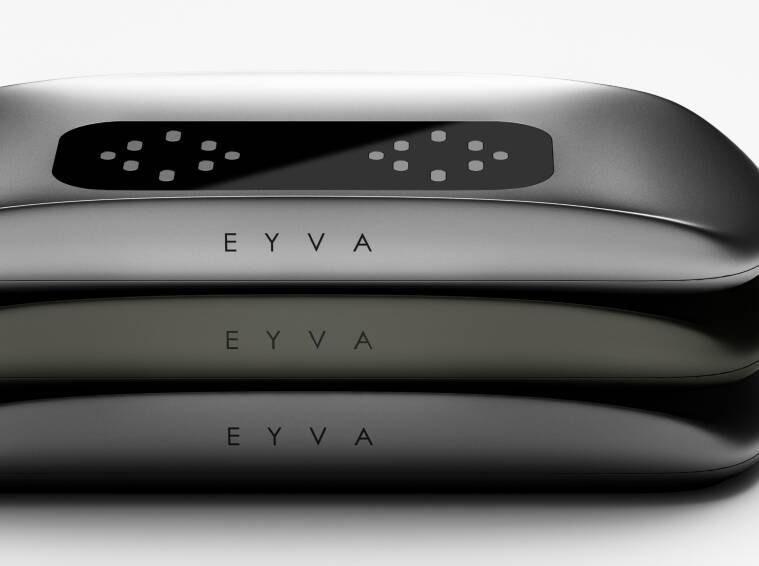 While visitors to CES who tried out the EYVA device seemed pretty convinced by the gadget, it appears it is being targeted as a companion monitor rather than as a complete replacement to a medically proven method of blood sugar monitoring. Users press their fingers onto the device, which seems to have been designed with both form and substance in mind, and then the data is sent to a bespoke app on a smartphone that displays the vital information – as the EYVA itself does not have its own display.

According to reports, the EYVA non-invasive glucose monitor offers “90 per cent accuracy” and the CEO of BlueSemi, Sunil Maddikatla, has stated that the gadget is not of a medical-grade standard. However, by not pursuing a medical-grade level, it means the EYVA is more likely to be certified for sale outside of its domestic market of India, with future US and Europe availability seemingly on the cards.

By using “sensor fusion” involving nine sensors and artificial intelligence, the EYVA device can measure blood glucose levels to give the user an idea of the state of their health. Approximately 77 million people have diabetes in India and this figure could hit 134 million by 2045, so it makes sense that an Indian startup could lead the charge in non-invasive glucose monitor development. The EYVA is expected to cost ₹15,490 (about US$208) per unit with limited shipments supposedly starting in March of this year.

Tags:  what does e3 mean on blood pressure monitor