ER or Not: High Blood Pressure

Announcer: Is it bad enough to go to the Emergency Room, or isn't it? You're listening to "ER or Not?" on The Scope.

Interviewer: All right. Here, you get to play along with "ER or Not?" Today's scenario that we're going to run by Dr. Troy Madsen, who's an Emergency Room physician at University of Utah Health, is higher than normal blood pressure. So here's what happened. It's an individual, has one of those blood pressure cuffs at home, for whatever reason, routinely monitors their blood pressure, and one day gets a reading of about 160 over 100. ER or not?

Dr. Madsen: So, first, let me clarify this by saying, high blood pressure, absolutely, go see your doctor. But in this kind of scenario, if you're not having any other symptoms, and again, emphasizing that, no other symptoms, you don't need to go to the ER. We very often will see people in the ER who come in with exactly this sort of thing that happens. They have a blood pressure cuff at home, or they go to the grocery store and check their blood pressure, and it's, say, 160 over 100, or 180 over 110.

Interviewer: And, as a reminder, what's normal? 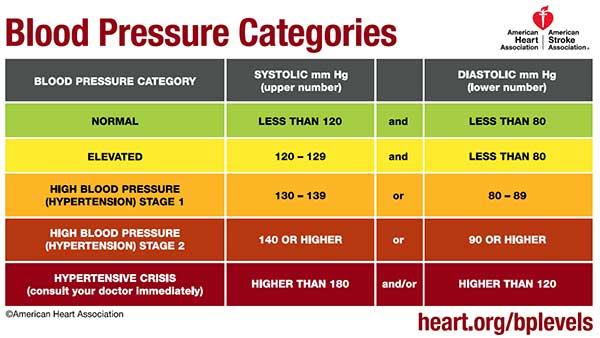 Dr. Madsen: Or something within that range. You know, most people, healthy people, are going to have something around there.

Dr. Madsen: So, you know, they'll rush right into the ER, thinking, "Wow, if I don't get in right now, I'm going to have a stroke, or something really bad is going to happen." Oftentimes, you know, we'll check some tests on them, make sure things are okay, but quite honestly, a lot of those tests we're doing, primarily, because they're in the ER and we want to say, "Hey, we're offering something. We're going to make sure this stuff's okay."

But unless you're having some symptoms with that, let's say:

or something like that, that high blood pressure alone is not a reason you really need to rush into the ER.

Interviewer: All right. And what would you do then, at that point, because that still can be very concerning to people.

Dr. Madsen: Absolutely, and it can be, you know, often, in those scenarios, when someone gets that high blood pressure, what I'll do is just let them relax in the room, turn the lights down, come back in 30 minutes, we'll recheck their blood pressure, and it's, let's say, it went from 180 down to 150 or 140, I'd say 90% of the time, that's what happens. So if this happens to you and you don't have any other symptoms with it, it's just, it's really not a reason to have to rush into the ER where you're going to have to wait in the waiting room forever, sit in a room, maybe get some tests done, sit around for several hours, and then, at the end of it all, we say, "Go follow up with your doctor."

Announcer: Have a question about a medical procedure? Want to learn more about a health condition? With over 2,000 interviews with our physicians and specialists, there’s a pretty good chance you’ll find what you want to know. Check it out at TheScopeRadio.com.

Subscribe to The Scope Radio
Tags:  how to pronounce sphygmomanometer