SAN JOSE (KPIX) — Shoppers are getting hit with purchase limits and, in some cases, higher prices at Costco but unlike during the pandemic, this time it’s not driven by hoarding or panic buying. Instead, Costco said it has a lot to do with supply chain delays.

The new policy states shoppers can buy up to two packs of Kirkland (Costco brand) bottled water. For Kirkland paper towels and Kirkland toilet paper, the limit is one. Costco also set limits on some popular cleaning supplies.

“I think it’s a great idea that they’re putting a limit so everyone gets it. So no one is left behind,” said shopper Ricky Mudhar.

“People should just be careful and be mindful of what they do. Let’s not be greedy,” said Costco member Willetta Strong. 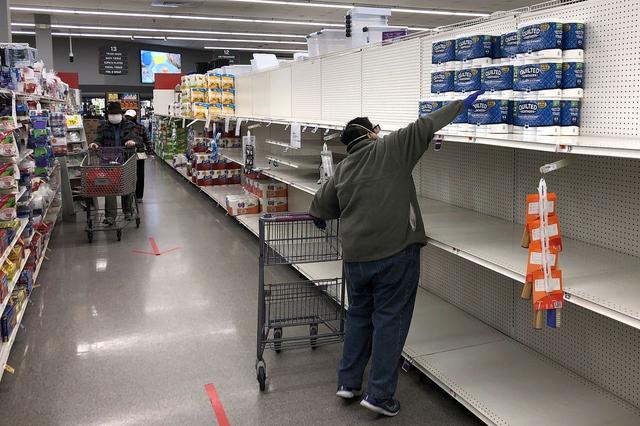 “If everyone gets it, everyone is happy. So no one is arguing or fighting like before,” said Mudhar.

The Delta Variant has driven up demand for some products but Costco chief financial officer, Richard Galanti, blamed shipping and transportation problems. He said port delays, truck and driver shortages are making it very difficult to get products to the stores.

“It’s very tough to get drivers trained. It’s not a sexy industry. You have to have it in your blood.You have to want to do it,” said Bill Aboudi, president of AB Trucking in Oakland.

On top of a trucker shortage, Aboudi said port and terminal delays sometimes force drivers to wait six to eight hours for a container.

“We’re sitting, so we’re not being used efficiently,” said Aboudi.

To deal with the supply chain delays, Galanti said Costco is putting in orders to suppliers early.They’re even renting cargo ships to transport their own shipping containers from Asia to the U.S.Costco is warning shoppers because of the higher transportation costs, some products will go up in prices.

“Costco (prices are) typically less than the other places and so it won’t affect my buying practices,” said shopper Dan Chicorel.

“I don’t like paying more for stuff,” said Strong. “But everything costs more in California.”