Cardiovascular disease is the leading cause of death worldwide and high blood pressure (BP) is the most important risk factor for global disease burden1. Approximately half of all cases are diagnosed with essential hypertension for which there is no unifying explanation. So far, while epidemiological research has identified many risk factors, it has been difficult to develop useful individual profiles for the management of hypertension, from prediction and early diagnosis to personalized treatment. Furthermore, clinical trials of anti-hypertensive medication have relied on large patient groups, mostly considered to be homogenous regarding their condition. Thus, understanding of specific disease mechanisms for essential hypertension, and related tools for research and clinical use, are still lacking. There is, however, evidence from large-scale longitudinal studies indicating that environmental stress is an important risk factor for essential hypertension2,3. Neural regulation is thus likely to be of importance.

Acute stress is often triggered by a sudden stimulus (e.g., a car honking, or an unexpected notification on a mobile) initiating a defense reaction. This transitory response often includes increases in heart rate, BP, and blood flow to skeletal muscles4. The muscle flow response is modulated via inhibition of ongoing bursts of efferent sympathetic vasoconstrictor nerve traffic to the skeletal muscle vascular bed (i.e. muscle sympathetic nerve activity; MSNA), and the resulting muscle vasodilation may buffer the BP increase generated by simultaneous activation of other sympathetic (e.g. renal/splanchnic and cardiac) subdivisions. Interestingly, any alerting stimulus, be it somatosensory, visual, or auditory, evokes similar defense patterns, but the associated MSNA inhibitory responses differ markedly among individuals5,6,7. Whereas all individuals respond with activation of sympathetic nerve traffic to skin8,9,10approximately 50% of previously studied individuals show significant inhibition in MSNA (hereafter referred to as Inhibitors; previous publications from our group refer to them as Responders) whereas others either inhibit MSNA weakly or (in ~ 5% of individuals) increase MSNA (Non-inhibitors; Non-responders in our previous publications)5,6. Importantly, the transitory inhibition of MSNA in Inhibitors is related to a lack of the stimulus-induced BP increase registered in Non-inhibitors6. 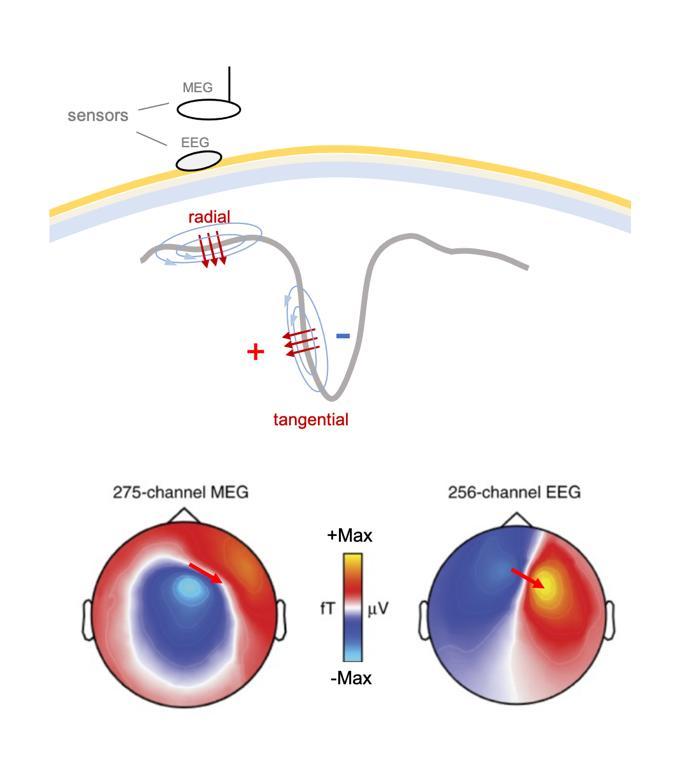 Although the MSNA response profile to sudden sensory stimuli has been shown to be an individually reproducible, relatively stable characteristic6, it is not shared between monozygotic twins11. Hence, it is more likely to be shaped by environmental influence than by genetic sequence. In this respect, it differs significantly from MSNA at rest11,12. Changes in MSNA during cognitive stress (3 min of forced mental arithmetic) are correlated to MSNA response profiles following alerting stimuli. Inhibitors showed relatively more inhibition than Non-inhibitors during cognitive stress, suggesting that the underlying neural mechanisms are similar or coupled. It should be noted that Inhibitors and Non-inhibitors respond with a similar MSNA increase during a cold pressor test (performed in the same experimental session as the mental stress test13). It thus seems that the MSNA responses that differ between Inhibitors and Non-inhibitors are specific to certain types of stress, rather than being a generalized difference in MSNA responsiveness to all forms of input. Interestingly, phobic syncope patients display exaggerated MSNA inhibition following sudden sensory stimuli, as compared to non-phobic syncope patients (who did not differ from age-matched healthy controls), giving further support to the notion that cortical processing may be involved in shaping sudden stimulus induced MSNA response profiles and associated BP responses14.

Taken together, the above findings suggest that the specific sympathetic response profiles i.e., being an MSNA Inhibitor or Non-inhibitor, reveal important information regarding an individual’s short-term BP trend triggered by an environmental stressor. The high frequency with which such stressors are encountered in a modern urban society suggests that these response profiles may have important implications in terms of BP variability and thus long-term BP trends. However, such implications are challenging to explore today because a non-invasive surrogate variable for sudden stimulus induced MSNA inhibition has not been established. An individual’s status as an MSNA Inhibitor or Non-inhibitor and the BP trends coupled to these groups has only been demonstrated with microneurography, which is an invasive, delicate, and time-consuming method only utilized in a handful of labs worldwide. However, the links reported between MSNA inhibition and phobia14as well as cognitive stress13suggest that transient MSNA inhibition is likely to be coupled to cortical processing. Hence, neuroimaging studies could identify cortical signatures that are more clinically accessible as surrogates for microneurography-based MSNA response profiles.

While little is known regarding the role of the brain in relation to MSNA inhibition induced by sudden/stressful stimuli per se, several studies implicate parts of the central autonomic network as likely to be of importance. Goswami et al., for example, report that activation of large-diameter muscle afferents elicit a modest attenuation of MSNA during baroreceptor unloading. They associate this attenuation with reduced activation of insular and anterior cingulate (ACC) cortices, suggesting an integration of somatosensory and baroreceptor afferent input to these regions15, which are well established parts of the cortical autonomic network16. The rostral ACC/medial prefrontal cortex (mPFC) and insula regions are furthermore implicated in baroreflex control and cardiac arousal17. Electroencephalography (EEG) has also been used to reveal a relationship between solitary vasoconstrictor bursts and EEG K-complexes occurring during sleep stage II18,19. Finally, while cortical correlates to skin sympathetic activation during arousal, gauged by electrodermal responses, have been investigated in man20,21, such correlates to the transient response of muscle sympathetic nerve activity to sudden stimuli remain relatively unexplored. Because MagnetoEncephaloGraphy (MEG) provides sampling of cortical activations with high temporal resolution and the ability to identify the brain regions generating them with confidence22, it offers the possibility to bridge the results above. Our aim herein was to enable a broader range of studies of sudden stimulus/stress-induced MSNA defense mechanisms in relation to cardiovascular reactivity by searching for brain structural and functional correlates to MSNA response profiles.

Using magnetic resonance imaging (MRI) and MEG, we test the hypothesis that cortical thickness and responses within the cortical autonomic network to sudden stressful stimuli correlate with microneurography-based MSNA response profiles. Because the stimuli were sensory, the sensorimotor cortex (Rolandic region) was also included as a pre-selected area of interest in these tests.