The message "Desegregate," painted by activists on the night of July 5, is seen in large, yellow letters in front of the Foothills Park entrance on July 6. Courtesy Vigil for Democracy.

Palo Alto's newest public mural came and went so quickly that you probably missed it. 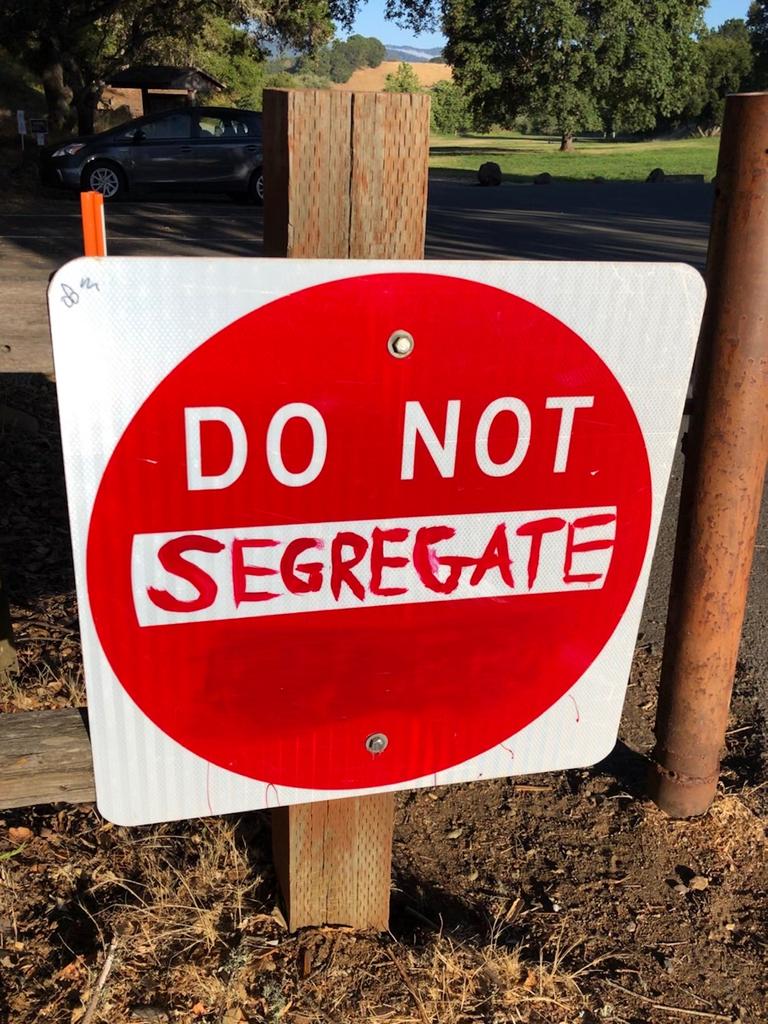 One word, painted in large yellow letters on Page Mill Road, in front of the Foothills Park entrance: Desegregate.

About a dozen activists, some from Palo Alto (who, as such, can visit Foothills Park whenever they want under the city's "residents-only" policy at the open space) and some from other cities (and, as such, would be prohibited from entering the park, unless accompanying a Palo Alto resident), met under the full moon on Sunday night to paint the message along Page Mill Road. Most were teenagers; two were from the activist organization Raging Grannies, according to Vara Ramakrishnan, one of the organizers of the activity.

The group planned the act months in advance, waiting for a day when there would be little activity and a bright moon under which to work, obviating the need for lighting. They painted the message over about four hours, between 10 p.m. and 2 a.m., Ramakrishnan said.

But the group's work proved to be a fleeting gesture in a decadeslong debate over Foothills Park access. By 7 a.m. on Monday, a city employee was on scene using a power hose to erase the message. Before long, it was gone.