If you have a Xiaomi smart watch or bracelet, it is very likely that you were using Xiaomi Mi Fit as the app to connect them to your phone. That, we are sorry to communicate it to you like this, is history. The application has passed to a better life. Or perhaps it is more correct to say that what has gone to a better life has been its name because the new Zepp Life, the one that replaces it, works identically. It is the same app, in fact, and everything is more confusing than the account.

Xiaomi, like other companies that also operate in the technological world, does not have a single brand in circulation. And to those second brands that are his property, we must add those of his ecosystem, and there things get much more complicated. Because Xiaomi bracelets are not from Xiaomi, technically speaking. Hence, now the app is Zepp, like that of the Amazfit. Because the Amazfit are not Xiaomi either. Let’s try to put some order.

Between Huamis and Xiaomis the game goes

As we have said before, not everything from Xiaomi is from Xiaomi. Not technically speaking. Xiaomi manufactures some of the products in its catalogue, outsources others and also uses other brands to strengthen its ecosystem. All this forms an extensive network of products that cover a large number of market niches but, as we indicated, not all of them are yours.

Read moreXiaomi already has the under-screen camera ready: it wants to mass-produce it in 2021 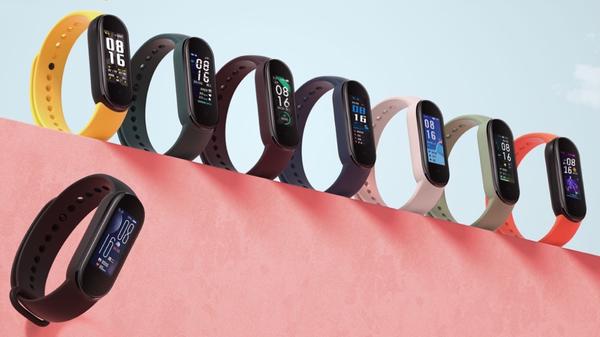 In our own products we have, for example, mobile phones of the Xiaomi and Redmi brands. The latter was a category that was split off as an independent brand, although still under the umbrella of the main one. At the border we have POCO mobiles, closest to the “collaborating company” modality with the Xiaomi ecosystem (and that use MIUI) and in the farthest part, the Black Shark.

Xiaomi’s bracelets, the Mi Band, are in this last step, that of “ecosystem products” although Xiaomi sells them under its own brand. Actually they are not manufactured by Xiaomi but by Huami, a brand that makes many products for its compatriots. Huami is responsible for Amazfit watches and bracelets, for example, but on this occasion the Amazfits do make their position clear that “we are not Xiaomi even though we have a close relationship.”

Amazfit was the first to start turning to the Zepp brand. Not only were two Zepp-branded watches launched, but Zepp OS is the operating system for the latest models of the well-known brand. Now, the Xiaomi Mi Band and other products will see the disappearance of an app that can clearly be considered historical. Xiaomi Mi Fit will no longer be Xiaomi Mi Fit, now it will be Zepp Life. And that will leave up to three apps in circulation that do pretty much the same thing except for a few things.

Three apps that look like one but are not

On the one hand we will have the new ‘Zeep Life’, which is Xiaomi Mi Fit changed its name with the jump to version number 6. On the other hand we have the Mi Fitness app, an app to which we can also connect the Mi Band bracelets and which has a function more focused on the measurement of sports activities. And thirdly, and not least, we have the Zepp app from Huami itself with which the Amazfit is managed. Three apps that do practically the same thing and that they do not make things easy when it comes to understanding what is happening.

Because we get together with an ecosystem of bracelets and watches from different brands, all of them manufactured by Huami, some with Xiaomi brand and others not, which work almost the same with all the apps in circulation. A good ruckus that is better understood if we understand what we are telling you, that Xiaomi bracelets are not really from Xiaomi. Although they are sold with their brand. Someone else makes them. And now it is also differentiating the apps.

Tags:  how to connect amazfit watch to phone