What you can do with AirTags on Android

While the ability to use Apple AirTags as intended remains exclusive to Apple’s ecosystem, Android devices are able to pull some neat tricks when one is found astray. These options become useful if you think one’s been planted on you or if you find lost property with an AirTag hanging from it. Here’s what you can do.

What are Apple Air Tags?

Released in April of 2021, AirTags were built to be the Apple-made competitor to item tracking brands like Tile. Using Bluetooth, AirTags act as trackers small enough to be attached to any piece of property, device, or clothing. Through the “Find My” app in iOS, users can easily track down lost items down to directions that are incredibly accurate.

Because AirTags was such an anticipated release for a very large userbase, privacy concerns were immediately brought to light. Soon after release, it became clear that users could easily track unsuspecting people with Apple AirTags, just by placing them on their person. This wasn’t particularly hard due to the size of AirTags, as mentioned. iPhones had a failsafe in place to notify the user if a foreign AirTag was passively detected in range for a certain amount of time. Unfortunately, Android devices had no such feature at the time. 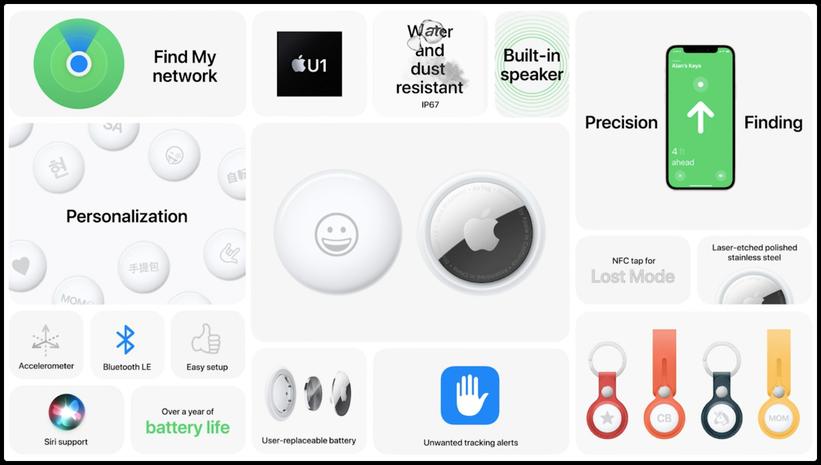 Apple has put in place a couple of security measures just in case someone else’s AirTag finds its way into your stuff. One app, released six months after AirTags, is called “Tracker Detect.” Tracker Detect is an Android app that allows users to scan their area in search of nearby AirTags.

Only AirTags that have made their way out of the owner’s vicinity will be discoverable in the app. This means that if someone were to plant an AirTag on you and walk away, after a certain distance the AirTag will become visible via the Tracker Detect app. This gives Android users the power to check for Apple AirTags that may be hitching an unwanted ride. It also comes in handy as a tool to help someone get back their lost AirTag-equipped items.

Here’s how to use it:

If Tracker Detect successfully finds a misplaced AirTag, it will suggest a couple of options. You can either learn how to disable the AirTag by taking out the battery, or you can choose to learn about the tracker. The latter will give you contact information for the person who lost the AirTag, which will help you get it back into the right hands.

Tags:  how to connect my apple watch to my android phone