The Ultimate Flex? A Watch That Makes You Happy

I've been obsessively, perhaps even compulsively, buying watches for about 15 years now. Through my work in the industry, I've had the opportunity to see, experience, and purchase more rarefied and unique timepieces than I could ever have dreamed of. But to my surprise, my tastes have evolved a lot over the past decade and a half. Many of the watches I've covered in this column—the Submariners, the Royal Oaks, and the Speedmasters of the world—remain close to my heart. But gone is the urge to stunt on Instagram (been there, done that). I don't even send braggy wrist shots of great complications or mega-mint vintage watches to friends anymore. Now I find myself seeking out watches that fall into one of two categories: pieces that have a story to tell and pieces that simply make me feel happy every time I put them on. 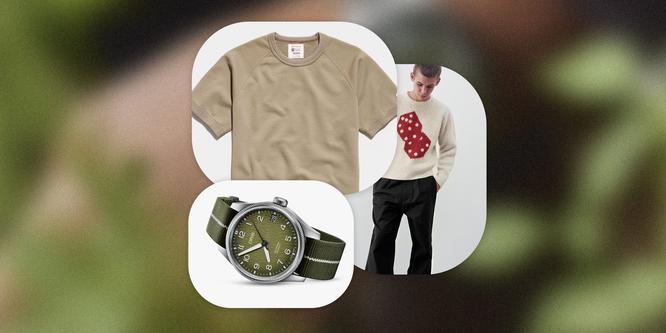 I spent the summer of 2021 wearing a Unimatic diver by the pool and a Swatch Sistem 51 everywhere else. Combined, they cost less than a single spare pusher of a “Big Red” Daytona, and yet they brought me as much joy as any hype-y watch I own. It's this experience that made me fall in love with Parchie, a brand-new line of timepieces for children conceived and built by former Hodinkee editor Cara Barrett. The idea is to encourage young people to tell time in an analog way, but the straps will fit well beyond one's primary school days. Wearing mine truly makes me feel like a kid again. (Oh, and the watches contain a Japanese-made movement and cost only $50.) The brand officially launched in July, and I expect that a lot of parents will want to buy Parchies that match their children's, which to me is so much more exciting than treating timepieces as heirlooms meant to be passed down.

And then there's my battle-scarred Omega Seamaster 300. The crystal is so scuffed you can barely see the circled T on the dial, which connotes that it was issued by the British military for official service. (It still has the sweat-stained NATO strap that came with the original.) Built under the same contract that the six-figure Rolex “MilSub” was, it has the same bezel, hands style, and fixed spring bars as the Sub, but it's decidedly not fancy. This particular piece was issued as a true tool for a clearance diver in 1967, and it was used, perhaps even abused, in service of a higher purpose. It's real, and the person who wore it with courage and esteem for decades before I acquired it was real. The stories it could tell are so much more meaningful to me than any tale of skipping a wait list for yet another luxury watch. And that's what gets me excited today. It's no longer about what is the rarest or most difficult to acquire—watch collecting for me now is about having fun and celebrating the moments when watches were tools, not trophies of access.

This is the last piece in Ben's yearlong tour of duty as our watch columnist. Thanks, Ben!

A version of this story originally appeared in the September 2021 issue with the title "The Ultimate Flex? A Watch That Makes You Happy."