The Garmin Venu 2 Plus could soon have an ECG function

A hidden electrocardiogram (ECG) function has been found on Garmin Venu 2 Plus smartwatches, released earlier this year. In an apparent accident by Garmin, elements of the tool were left on some devices. Garmin has not acknowledged the feature's existence and has since removed the evidence of the ECG function in a firmware update issued in late January.

DC Rainmaker has found two things on the Garmin Venu 2 Plus that support an ECG function: diagnostic hardware and a diagnostics app. The function seems to be working, though the report suggests the results are inaccurate. 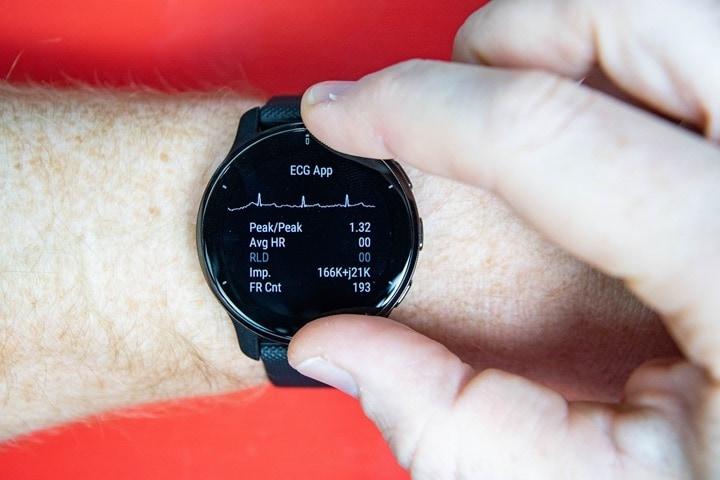 To use the function, you place the thumb and index finger of your opposite hand on the bezel of the smartwatch. After one or two seconds, the device will start to measure your heart rate. The data displayed by the ECG function includes peak/peak and average heart rate.

It is also rumored that Garmin began to test an ECG-related feature in clinical trials last year. These two reports suggest that Garmin could officially launch this feature in their wearables.

While an ECG function is not currently included in any Garmin smartwatches, it is not new to the market; the feature is already available on watches like the Samsung Galaxy Watch 4. Whether or when Garmin will release this ECG function on any smartwatches has not been confirmed. The company could launch the tool through an update to existing devices or on a new model.