The Analog Origins of the Apple Watch's Digital Crown

Welcome to Further Details, a recurring column where we investigate what purpose an oft-overlooked product element actually serves. This week: the Apple Watch's Digital Crown.

The Apple Watch isn't merely a miniaturized phone or tablet on a strap. It's an evolution of "smart" technology, yes, and the company's design DNA is evident — but it also builds upon centuries of traditional watchmaking in more ways than most people realize.

The rectangle with rounded corners is a familiar Apple product profile — but the Apple Watch's silhouette is differentiated from that of other devices by one key feature: a protruding knob on the righthand side. If you've used an Apple Watch, you understand how intuitive this Digital Crown is: its dual roles as a button and as a dial mean it performs a range of functions in conjunction with the touchscreen — and another smaller side button — to control the Watch. 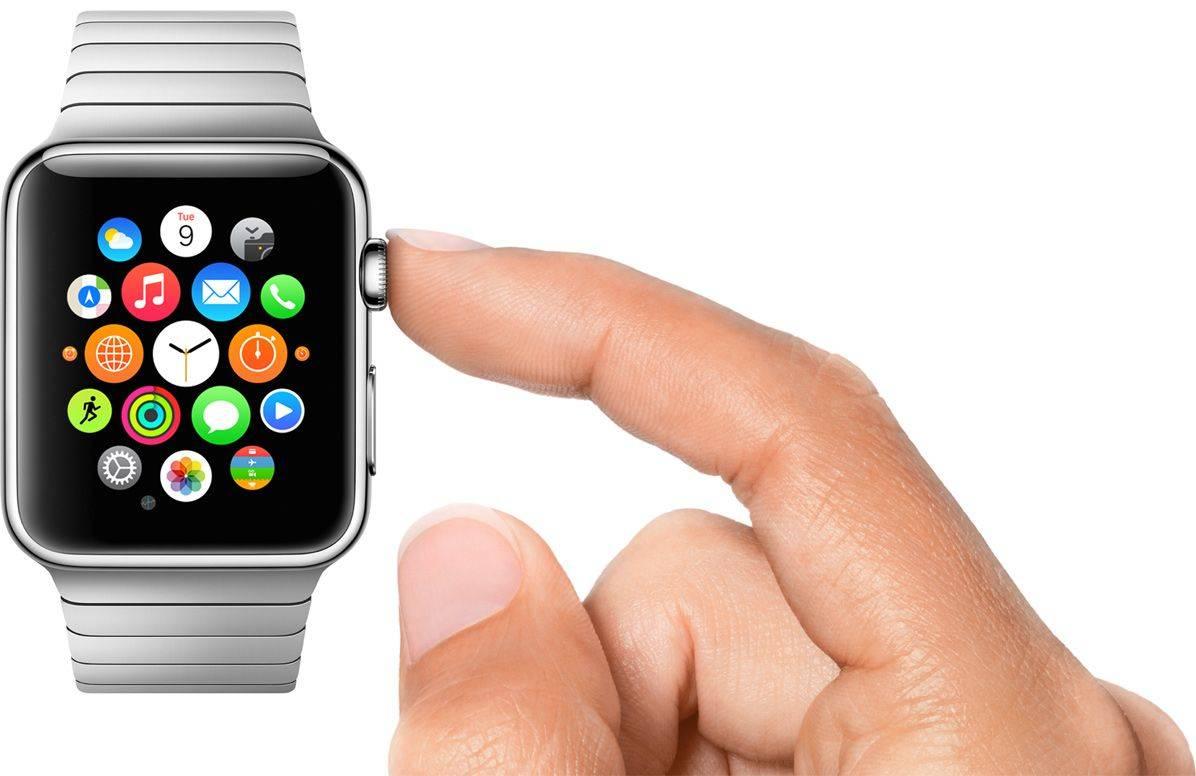 A push of the button will awaken the Watch, return to your last app or summon Siri (and more), while turning it allows you to scroll, zoom and even dim the display (and more). It's very clever, but Apple owes some credit to watchmakers who developed the feature not only for the relatively rudimentary functions of traditional watches, but also for its basic concept and ergonomics.

The crown is most basically used in traditional watches to wind the movement and set the time: pull it into one position and you can set the hands on the dial, and in another you can scroll through the date and day of the week. More complicated mechanical watches use it for more functions as well — and some (e.g., monopusher chronographs) even integrate a button into the crown just as the Apple Watch does.

It's an elegant solution but not necessarily an obvious one if you're designing a product from scratch. Apple, however, didn't create the watch in a void.

It's perhaps not widely known that Apple consulted with watch industry veterans in developing its Watch. The company had all the tech they needed and they'd managed to shrink it down, but they looked to the lessons generations of watchmakers had learned about how to make a small, complicated gadget wearable and user-friendly. Perhaps most of all, elements like the crown that are rooted in traditional watches also helped provide the familiarity necessary for adoption of a device not everyone was convinced they needed.

Naturally, traditional watches don't have all the functionality of today's wearable tech, but they forged the way in some respects and managed to do a lot with the gears and springs that were the integrated circuits of their time. You might even call them "smart."

Related StoriesHow to Use a Dive Watch BezelHow to Set a Watch Properly and Avoid Breaking It This content is created and maintained by a third party, and imported onto this page to help users provide their email addresses. You may be able to find more information about this and similar content at piano.io
Tags:  how to off digital crown on apple watch