Should You Enable Fall Detection on Your Apple Watch?

Your Apple Watch can detect when you fall and get emergency assistance for you, but the feature isn’t enabled by default. So at what point do you decide to turn on fall detection, and are there any reasons not to?

Fall detection is available on the Apple Watch Series 4 and Apple Watch SE or later. The feature works by detecting sudden impacts that are suggestive of a fall. Once the Watch detects an impact, it will tap you on the wrist, sound an alarm, and display an alert on the screen.

You will have the opportunity to tap “Cancel” to prevent the call, but if you don’t respond the call will be placed and an automatic message will commence. This message tells responders that you have taken a fall and includes your location as latitude and longitude coordinates.

RELATEDHow to Show Emergency Medical Information on Your iPhone

Your Medical ID may also be shared with emergency services if you have enabled the “Share During Emergency Call” setting and your country’s services can receive it. The phone message will repeat until you tap “Stop Recorded Message” and speak to the emergency services yourself, or until the call ends.

In addition to contacting emergency services, fall detection will also send a message to any emergency contacts you have nominated once the call ends.

What Benefits Are There to Using Fall Detection?

If you’re prone to falls due to a medical condition, the feature could provide real peace of mind that you will receive medical attention should you need it. This is especially useful if you live alone, or frequently engage in an activity on your own where you could sustain an injury.

It’s easy to think that the feature is aimed solely at the elderly or frail, but anyone can benefit from fall detection in an emergency. Maybe you cycle to work or often go mountain biking, where you could fall off and knock yourself unconscious. Perhaps you’re a fan of risky sports like climbing or abseiling. Or maybe you’re a hiker or trail runner who frequently goes out alone.

Fall detection looks for impacts, which might not always be due to a fall. For example, crashing your car is likely to trigger fall detection if the impact is hard enough. If you’re knocked unconscious by the crash, the Watch will call in the accident and notify emergency services before you’ve even woken up.

Apple even updated fall detection with the rollout of watchOS 8 to include detection for certain workout types, like cycling. The update allows you to restrict fall detection so that it’s only enabled during a workout. 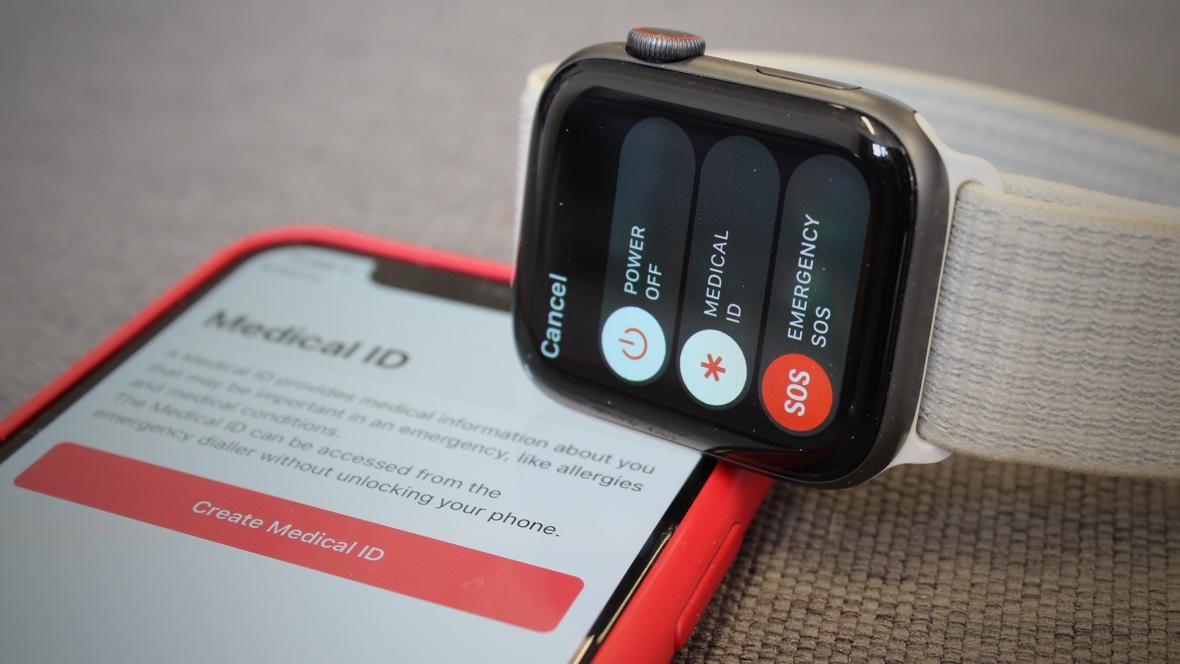 Are There Any Drawbacks to Using Fall Detection?

The biggest drawback to using fall detection is the chance of a false positive, but you should have time to respond if your Watch detects a fall and you’re OK. Since the Apple Watch notifies you via taps, sounds, and a visible alert before the emergency services are called, you should be able to hit the “I’m OK” button in time.

If you don’t get to the call in time and your Watch calls the emergency services (maybe you’re a very heavy sleeper who rarely takes their Watch off) then you could incur a charge and place unnecessary strain on first responders. You may also have a rude awakening when the ambulance arrives.

RELATEDHow to Set Up Sleep Tracking on Apple Watch

But for most people who don’t sleep like the dead and wear their Apple Watch in bed, there should be enough time to cancel the call. If you engage in an activity that frequently triggers fall detection, this could be more of a nuisance than a genuine help.

The only other negative is that your Watch either needs to be within range of your iPhone or have cellular connectivity to make the call. You’ll need to be in an area with mobile reception, which might be an issue if you fall in a remote area or mobile blackspot.

There are countless stories of fall detection being credited with saving lives and aiding wearers in distress. We’ve covered the case of an 85-year-old man who sustained a head injury after a fall, but there are many other examples like a cyclist who fell off his bike in the middle of the night and was knocked unconscious.

In an example of how the feature is potentially life-saving to anyone of any age, a 28-year-old hiker was aided by fall detection after he broke his back while hiking. In another example, a man was cleaning the gutters at his home when he fell off a ladder, and fall detection dialed emergency services.

RELATEDWhat Does the Side Button on Apple Watch Do?

How to Enable (or Disable Fall Detection)

It’s easy to enable Apple Watch fall detection. On the iPhone that your Watch is paired with, open the Watch app then navigate to the “Emergency SOS” menu. Toggle “Fall Detection” on and decide whether or not you want to restrict detection only to workouts or not.

That’s it! You can visit this menu again to turn the feature off if you want to do so.

Consider Gifting an Apple Watch to Loved Ones

Just don’t forget to turn the feature on and fully explain how it works to whoever receives it. Enabling fall detection is just one of many Apple Watch tips you may not have heard of. Just received your first Apple wearable? Take some time to learn how to make the most of your Watch.

Best Apple Watch for DurabilityShop NowBest Starter Apple Watch BandShop NowREAD NEXTTim BrookesTim Brookes is a technology writer with more than a decade of experience. He's invested in the Apple ecosystem, with experience covering Macs, iPhones, and iPads for publications like Zapier and MakeUseOf.Read Full Bio »The above article may contain affiliate links, which help support How-To Geek.
Tags:  how to clear phone calls on apple watch