Peloton has revealed it's bringing the Apple Watch and its machines much closer together, letting you track workouts from its Bike, Bike Plus, Tread machines as well as its home workout app.

Previously, Peloton had only offered Apple Watch integration for its Bike Plus indoor bike via Apple's GymKit, but did remove support for its Bootcamp cycling classes back in 2021.

This new integration, revealed in ablog post, does work with all of Peloton's hardware and means those sessions can contribute to closing Apple's move and exercise rings as well as track Peloton's Strive score in real time to better determine how long you've spent in tougher heart rate zones. It does also mean you can use Apple's own heart rate monitor to track effort levels too. 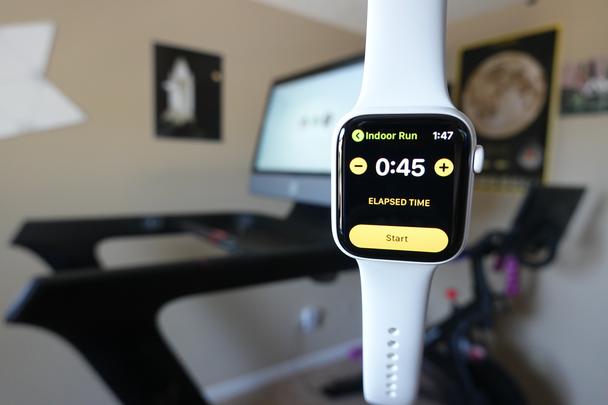 To get the two platforms playing nice, Peloton outlines the setup process you need to go through. Once you've done this once, you shouldn't have to do it again:

The move to improve Apple Watch support for Peloton machines is the latest in a series of moves by the company to bring wearables and its hardware closer together. It recently launched its Heart Rate Band armband, which should also play nice with its upcoming Peloton's Guide connected strength hardware it teased in 2021.

It's been a challenging time for the company after the boom it enjoyed during the pandemic when most of the world was reduced to exercising in their homes and many sought out a Peloton bike or treadmill to do that.

A recent report suggested Peloton was planning to temporarily stop production of its exercise machines. The company responded to that in a blog post saying information included in the report was, "incomplete, out of context, and not reflective of Peloton's strategy".

The improved Apple Watch integration could be seen as a move to offer something useful for existing users as opposed to luring new ones in. If you're an Apple Watch owner and regularly jump on one of its bikes, treadmills or boots up its app, then this definitely a nice thing to have. Especially as Apple's heart rate monitor technology on its latest Series 6 and Series 7 watches offer some of the best accuracy or exercise from the wrist.

Tags:  how to pair existing apple watch to new phone