Just days after Facebook rebranded to Meta in a push to establish virtual places for both consumers and businesses, Microsoft is joining the battle to build a metaverse inside Teams.

Next year in 2022, Microsoft will integrate Mesh, a collaborative platform for virtual experiences, into Microsoft Teams.

It's part of a larger push by the business to merge its mixed reality and HoloLens work with meetings and video conversations that anybody can join, thanks to animated avatars.

Microsoft and Meta appear to be on a collision course in the metaverse, particularly for the future of work, with today's announcement.

Microsoft, too, wants a piece of the metaverse, so it revealed 3D avatars for Teams meetings when you don't want to be on camera today at its Ignite conference.

Microsoft's 'Mesh for Teams,' which integrates the company's Mesh platform (not to be confused with Windows Live Mesh) for powering shared experiences in virtual reality, augmented reality, and elsewhere.

Users may use anything from a smartphone to a VR headset or a HoloLens to access Mesh for Teams. 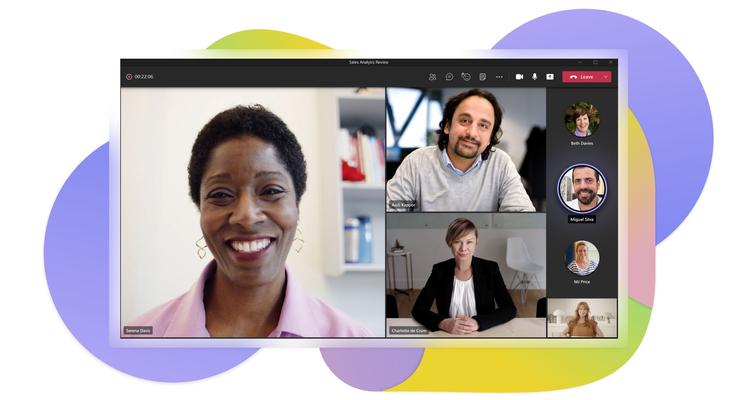 It's also a portal to the metaverse, which is a persistent digital universe populated by digital twins of people, places, and things.

Consider the metaverse to be a new version or vision of the internet, one in which people can congregate to connect, create, and share with their own personal virtual presence on any platform.

Meetings will still take place in that vision, but they will be more enjoyable due to the metaverse, or something along those lines.

Microsoft Technical Fellow Alex Kipman, who is always upbeat remarked via TechCrunch that, "As a company whose focus is on productivity, on knowledge workers, it's something that customers are really asking us for, and it's coupled with the vision of mixed reality that we've been working on for 12 years. It's all coming together."

Mesh will be little more than 3D customized avatars that imitate your words but not your actions for the time being.

According to The Verge, businesses can also create their own venues within Teams where people can digitally communicate and work.

Furthermore, the tech giant will employ artificial intelligence to listen to your voice and then animate your avatar based on what you say.

If you move to a more immersive 3D meeting, these animations will now include raising your avatar's hands or animating emoji around your avatar when you select the raise hand option.

Microsoft sees this Mesh connectivity as being most valuable in immersive areas, notably in its efforts to develop a metaverse for enterprises.

The company envisions virtual places within Teams where users can network and chat while playing games, or even collaborate on projects using Microsoft tools.

Related Article: Worried the Microsoft Office Files You're Downloading Are Infected by Malware? 3 Ways to Remove Threat, Protect Yourself

Tags:  how to connect itech duo watch to phone