It's time for Apple to retire the Apple Watch Series 3

The Apple Watch Series 3 was first unveiled in 2017 and has been kept around as a low-cost wearable. After a five-year run, it's finally time for Apple to kill it off.

When Apple first kept its Apple Watch Series 3 around as an entry-level wearable, it made sense. But as the years have progressed, the device has become much less competitive —particularly when its pricing advantage waned in the face of the Apple Watch SE.

At this point, there's little reason for new Apple Watch buyers to opt for a Series 3 instead of a newer model. And there are even fewer reasons for Apple to keep it around.

Signs of (End of) Life

There have been a number of recent rumors suggesting that Apple may finally discontinue the Apple Watch Series 3 in 2022.

Back in February, there were indications that Apple would release three new Apple Watch models in 2022. The updated lineup would also include the retirement of the Apple Watch Series 3.

At the time, the report didn't give any indication of why Apple would retire the model, but anybody who's followed Apple for more than about five minutes could make the clear connection between age and retirement. On March 21, another report spelled it out.

Additionally, on Monday, well-respected TF Securities analyst Ming-Chi Kuo predicted that the Apple Watch Series 3 would be discontinued in the third quarter of 2022 because the "computing power can't meet the requirements of the new watchOS."

Apple Watch Series 3 may go to end-of-life (EOL) in 3Q22 because the computing power can't meet the requirements of the new watchOS. 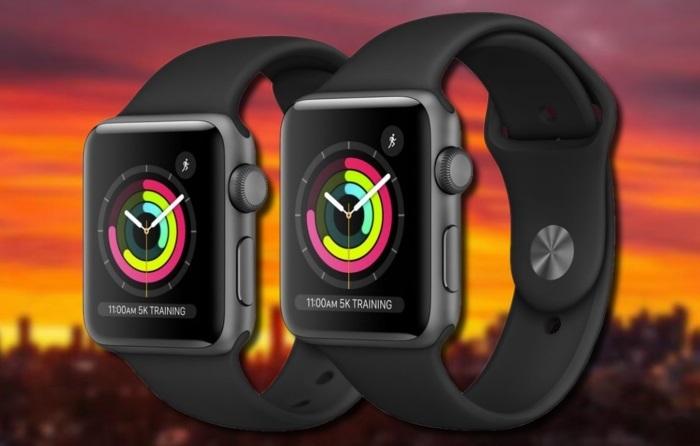 Kuo doesn't really have any hard data behind what he's saying, and is making an educated guess. Presumably, Kuo means watchOS 9, which is expected at WWDC 2022 in June.

Since Apple still sells the Apple Watch Series 3, Kuo's prediction essentially means that Apple would continue selling the model until its retirement. That's uncommon for the company, but it isn't unheard of.

There are also, of course, all of the missing features on the Apple Watch Series 3 compared to newer models. The gap between the lowest-cost Apple Watch and Apple's current generations has only grown larger over the years.

At this point, it's hard to recommend that any users purchase an Apple Watch Series 3 instead of a new model unless price is the deciding factor.

The Apple Watch Series 3 features an aging design that's nearly the five-year mark. It features a thicker bezel than newer models, a smaller display and casing, and a slightly more rectangular and boxy shape than any of Apple's current wearable devices.

And while the Apple Watch Series 3 is still supported by Apple's software updates and suite of integrations, its processor is also starting to show its age.

The Apple Watch Series 3 doesn't support the same breadth of watch faces as its successors. Additionally, its processor limitations mean that it can only support a single complication —one of the most handy and useful features on Apple's watchOS software.

Apple's 2017 Apple Watch is also missing many of the health and safety tools of newer devices, like the life-saving fall detection and electrocardiogram (ECG) features.

There's also the issue of updates. Because of the smaller internal storage size of the Apple Watch Series 3, the device now needs to be unpaired and reset for software updates to install. That turns a minor inconvenience into more of a headache for users.

All of this results in a worse user experience for customers. And, again, this is a model that only costs about $80 less than an Apple Watch SE, which features a better display, more storage, and a bigger processor.

The Apple Watch Series 3 has served users well for five years, giving users a solid wearable at a good price and expanding the Apple Watch user base. But now, five years after the device's release, it's definitely time for the iPhone maker to discontinue the low-cost wearable.

That, of course, would leave a void in Apple's current lineup. However, that could easily be filled by a new model made to a lower-cost specification, or an older model sold at a reduced price point. Given that the Apple Watch SE only costs about $80 more currently, Apple could easily replace the Apple Watch Series 3 with the SE.

Whether Apple replaces the Series 3 in its lineup or simply bumps up the price of the lowest-cost device, the Apple Watch Series 3 is undoubtedly nearing the end of its useful lifespan.

Tags:  can you have 2 apple watches on one phone