The iPhone 14 series will bring significant differences between the iPhone 14 and iPhone 14 Pro models. The cheaper handsets will not just be visually different from their Pro counterparts. They’ll also feature less-pro specs, according to a couple of rumors. And now we have another report that claims the cheaper iPhones will feature a less powerful A-series chip. The iPhone 14 will reportedly get the A16 Bionic chip, whereas the iPhone 14 Pro versions will get the A16 Pro.

Moreover, the reports said that all iPhone 14 phones will feature 6GB of RAM. But the Pro models will get speedier LPDDR5 variation that some Android flagships already use.

This brings us to a brand new report that seemingly confirms the previous iPhone 14 specs leaks. But it adds a marketing twist. The A15 Bionic in the iPhone 14 models will be called A16 Bionic. The iPhone 14 Pros will use the A16 Pro version of the chip. 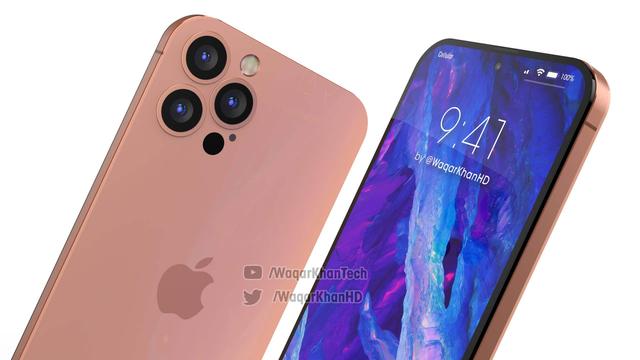 Apple has not used different monikers for its same-year A-series SoC so far, even if there are differences between them. For example, the iPhone 13 Pro phones have a 5-core GPU, compared to just four cores for the regular models. But Apple did use letters to identify A-series variations that went into iPads. A15X or A15Z would be such versions if Apple were still using A-series chips in the iPad Pro and Air.

But Apple launched the M-series SoC for laptops and tablets in late 2020. In the months that followed, the company introduced new naming systems for them. We have the M1, M1 Pro, M1 Max, and M1 Ultra so far. These SoCs won’t make it to the iPhone 14 or iPhone 14 Pro. But if this new rumor is accurate, Apple might adopt the naming scheme used for Macs and iPads.

A leaker explains that Apple and its partners are struggling to manufacture the A16 and M2 chips that will power iPhone 14 Pros and new Macs and iPads. These are probably going to be 4nm SoCs that TSMC will assemble for Apple.

As a result, Apple will use the A16 and A16 Pro monikers to differentiate the chips that will power the iPhone 14 and iPhone 14 Pro models.

If it sounds like bad news for the iPhone 14 and iPhone 14 Max, you should remember that there’s no Android SoC capable of matching the A15 Bionic right now. In benchmarks, the A14 Bionic is the best alternative for the 2021 Apple SoC. And we just saw that the 2019 iPhone 11’s A13 can still outperform or match the brand new Exynos 2200 Galaxy S22 phones (above).

The iPhone 14 models might not get the A16 Pro chip variant, but their A16 SoC should still deliver at least two significant upgrades. That’s the extra GPU core and the RAM bump to 6GB. This will put the iPhone 14 performance on par with the iPhone 13 Pro models. But you’d pay less for the iPhone 14 phones since they’re the cheaper 2022 phones.

There already is precedent for this on the Apple Watch. Series 7 features the S7 chip, which is nearly identical to the Series 6’s S6. Previously, The S5 chip matched the S4 performance. But in both cases, Apple made changes from one generation to the other to warrant the name change.

This is just speculation based on the myriad of iPhone 14 specs rumors out there. But the leaker also noted that the iPhone 14 will cost as much as the iPhone 13. The iPhone 14 Max will see a $100 price bump.

The leaker thinks that the extra upgrades will also force Apple to increase the iPhone 14 Pro to $1,099.

Tags:  why does apple watch have different phone number