Casio has launched a new line of sporty G-Shock watches built specifically for runners, which don't overwhelm you with excessive reams of statistics and have a battery life of up to two years.

There are two designs in the range: the G-Squad GBD-200SM, which has Casio's traditional hexagonal face, and the G-Squad GBA-900, which is round. Both have ventilated silicone sports bands for breathability and a hollow core guard structure to protect the internals from knocks. The GBA-900 comes in black or translucent colorways, both of which have green accents, while the GBD-200SM is available in purple or orange.

They're also water resistant to 200m, which is impressive for a sports watch, most of which are only rated to 50m or 100m. They might not be able to track your strokes, but they're tough enough to cope with some serious swimming sessions.

Like many fitness trackers and entry-level running watches, the Vital Energy series don't have their own GPS chips. Instead, they track your whereabouts during workouts by piggybacking on your phone's GPS; a system that's not quite as accurate, but keeps the cost down. If you don't want to carry your phone, they can also estimate distance using their on-board accelerometers. 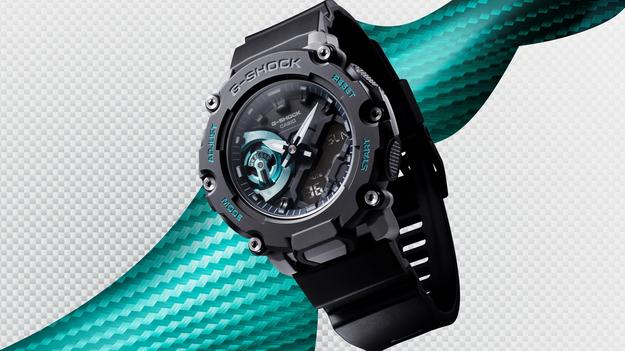 Together with the simple monochrome LCD display, the lack of on-board GPS also contributes to each watch's super-long battery life. The battery isn't rechargeable, but can keep running for up to two years before it needs replacing.

The watches connect to the G-Shock Move app, which allows you to check distance and time, set goals such as steps and run distance, and create a training plan.

It's worth knowing, however, that when it comes to sports, these watches are built purely for running. You won't find tracking modes for elliptical training and yoga here – just the essentials for when you're hitting the pavement.

A fully fledged running watch from the likes of Garmin, Coros, or Polar will give you a huge range of training tools that will help you optimize your performance and shave precious seconds off your times.

However, that style of running and intense training isn't for everyone – and that's where the Vital Energy series comes in,

Unlike similarly priced wearables from other big names in sports tech, the Vital Energy watches are designed for runners who aren't embarking on intense training programs that demand strategic fuelling and hydration, and aren't aiming to shave seconds off their race times.

Instead, they do the basics, with the G-Shock Move app letting you keep an eye on your progress in a general way. They don't overwhelm you with details if you simply want to run for the pleasure of it, and sometimes that's exactly what you need.